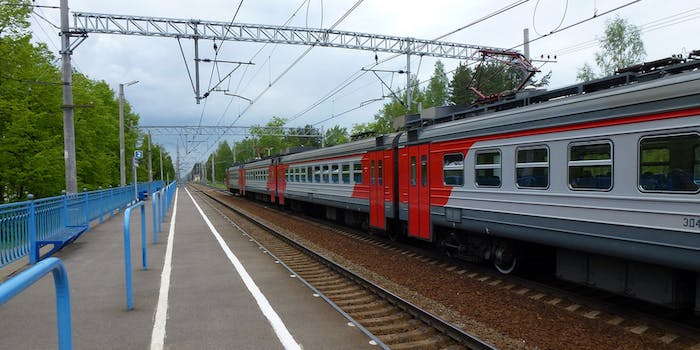 Xenia Ignatyeva wanted a shot that would stand out.

A thrill-obsessed subculture claimed another life this week.

A 17-year-old named Xenia Ignatyeva fell 30 feet to her death from a railway bridge in the Krasnogvardeysky district of Saint Petersburg, Russia. Following a new trend that has Russian youths climbing any tall structure they can to snap a victorious the top, Ignatyeva had hoped for a nighttime shot with the train tracks stretching away behind her. According to her devastated grandmother, Olga, she wanted “the most dramatic effect.”

As Ignatyeva lost her balance, she frantically grabbed a live wire that sent 1,500 volts of electricity coursing through her body.

Oksana Zhankova, a friend of the same age who had been waiting on the ground, was found by emergency services crouched near her friend’s body in a state of shock. It’s possible Ignatyeva was alive for a few moments after hitting the concrete, they said.

An anonymous call about kids playing on the bridge had brought police to the scene of the tragedy, but too late. “We need to look at the deeper meaning of photos taken on railway tracks,” said Martin Voigt, a psychologist with Munich University. “The photo is not so much about the theme of it, but the component behind it—they play with danger.” The comment is a stark reminder that for every hilarious kick in the head, some poor adventurous kid is not so lucky.