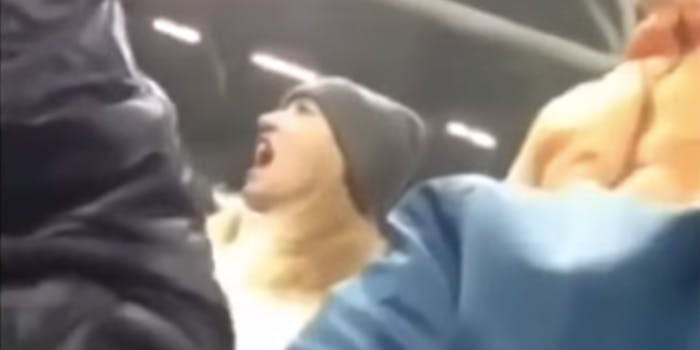 You are not prepared.

It’s fitting that this horrifying video of a Russian sports fan is going viral in Japan. They have monsters in Japan. Godzilla. Gamera. That creepy kid from The Grudge. The creepy kid from The Grudge riding a Godzilla/Gamera love-child would still be nowhere near as terrifying as the sounds that emerge from this woman’s mouth when she tries to “cheer” for her local team in a handball competition.

Actually, we’re not sure she’s cheering at all. If a team’s performance warrants a noise like this from the audience, they’re probably not in it to win it. In it to summon massive hellbeasts from the bowels of the earth, maybe. In it to gather tithes for Cthulhu, sure. But beating someone in a friendly game of handball? This is leagues beyond that.

We hope this woman’s team won—or rather, we hope we never have to hear the sound she makes when they lose.