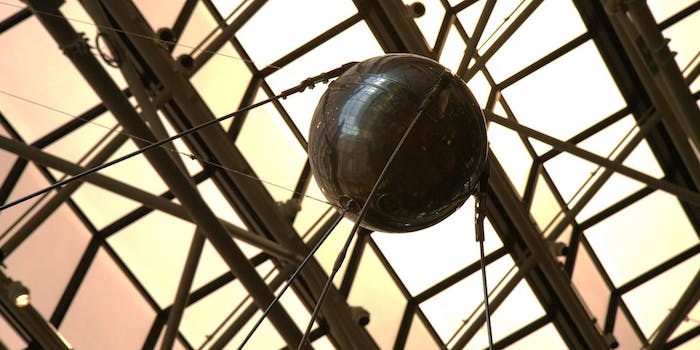 The Russian government is seeking to replace Google with a search engine of its own devising.

The Russian government is seeking to replace Google, Bing, Yahoo, and Ask with a search engine of its own devising. In the latest iteration of an unfortunate trend.

The days of the Internet as a flattened, transparent, radically democratic medium are long gone. Finally coming to terms with the fact that they can neither destroy the Internet nor keep their people off it, some authoritarian governments have elected to co-opt it, substituting the Web with its own censored version.

Iran leads the field, attempting to lay its “halal Internet” over wide sections of the cyberspace, while simultaneously introducing an alternative to YouTube.

Other countries have shut off the Internet entirely during times of crisis, most notably Egypt during its Arab Spring revolution and Sudan less than a month ago.

Now Russia has gotten into the game.

Widely decried as being poisonous to free speech in general and online free speech in particular, Russia ranks 148th out of 179 in Reporters Without Borders’ Press Freedom Index. Likewise, Freedom House categorizes it as “Not Free” with its Internet being “Partly Free.” The former Soviet Union, Freedom House maintains, “now rivals the Middle East as one of the most repressive areas on the globe.” Both organizations have registered free speech as in decline in Russia.

Recently, the Russian legislature has passed an anti-online free speech law that makes even mentioning homosexuality a crime. All such laws are impossibly broad, allowing their use by the authorities for mass behavior modification.

The Russian intelligence sector has also been busy adding serious surveillance capabilities to Sochi, the location for the 2014 Winter Olympics, that resemble a missing chapter from the dystopian novel 1984.

Now Russia has joined its compatriots in taking a stab at replacing globally popular Web tools like Google search with a home grown (and government-approved) version. Called Sputnik, it’s scheduled to launch in the first quarter of next year and to be located at www.sputnik.rur. So far, half the Internet is said to have been indexed.

According to the Russian newspaper Vedomosti, which broke the story Friday, the state-controlled telecom group Rostelecom was likely bullied into taking on the $20 million project, an attempt to challenge not just Google, which is second-ranked in Russia, but also the country’s leading search engine, Yandex, and its chief competitor, Mail.ru.

“Even if the launch of Sputnik is well-executed,” a group of analysts at Merrill Lynch said, “we do not expect it could significantly eat into the market shares of Yandex or Google.”

Initially, all government agencies will be required to use Sputnik—and that just be the beginning.