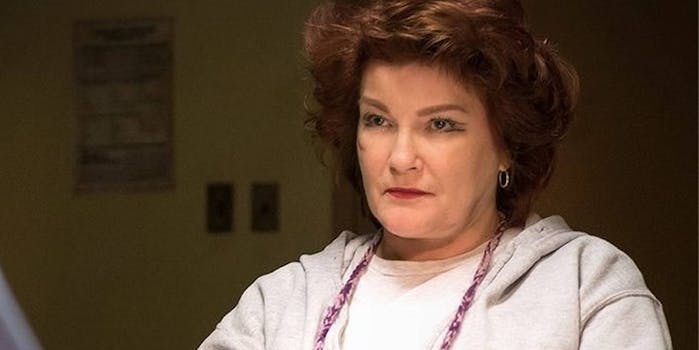 Photo via Orange is the New Black/Facebook

Paranoid is the new black.

Netflix has come to Russia, where it is a joy to some and a U.S. government mind control experiment to others.

One man, Vladimir Medinsky, has put forth the paranoid theory that the White House is secretly funding the video-streaming company as a way to control minds worldwide. And who is Vladimir Medinsky? Only Russia’s Minister of Culture.

According to the Moscow Times and a news outlet called the Rambler, Medinsky finds it suspicious that American tech startups seem to come from nowhere.

“The White House fully understands that through Netflix, they can get into every home, every television and then—into every head,” Medinsky told the Rambler. “Do you think that these gigantic startups get going all by themselves? That if a student is sitting there with an idea that billions of dollars come raining down?”

Exactly! Where do these brilliant young nobodies get millions of dollars to realize their ideas, if not from the government? It’s not like there’s some hypothetical private industry based in, let’s say, California, that’s entirely devoted to betting huge money on new technology companies.

This is far from the first controversial incident involving Medinsky’s curious attitudes toward the U.S. Last year, he called for the body of legendary composer Sergei Rachmaninoff to be moved from New York state to Russia, against the wishes of Rachmaninoff’s family. Medinsky accused the U.S. of trying to “shamelessly privatize Rachmaninoff’s name” and deny his Russian background.

Medinsky is a Putin loyalist, anti-gay, and anti-Europe, and has a “weird” obsession with refuting any negative assertion about Russia, no matter how accurate, according to various sources. In other words, just the person to blow the lid off an international mind-control scandal.

It’s not clear what message Netflix’s original productions—including Unbreakable Kimmy Schmidt, and Orange Is the New Black—are supposed to send the world about America.

From Medinsky’s perspective, though, maybe it looks like propaganda: Netflix wants to show the Russian public that America’s government isn’t that corrupt; the worst thing that can happen to you is getting locked in a bunker for a while and then making a diverse group of friends—and American prisons are totally fun!