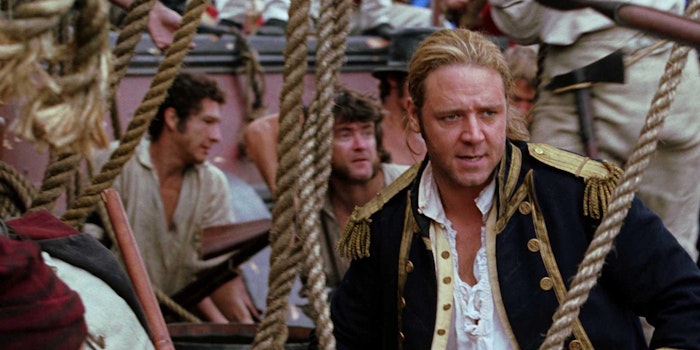 Master and Commander: The Far Side of the World/Amazon Prime Video

Crowe wasn't having it.

The pandemic has given us ample time to dive into our watchlists, and often times, Twitter is a perfect place to get a recommendation on something you might’ve missed the first time around. But one person’s recommendation—and roundabout diss—of Master and Commander: The Far Side of the World made it all the way to Russell Crowe himself, who then came to defend it.