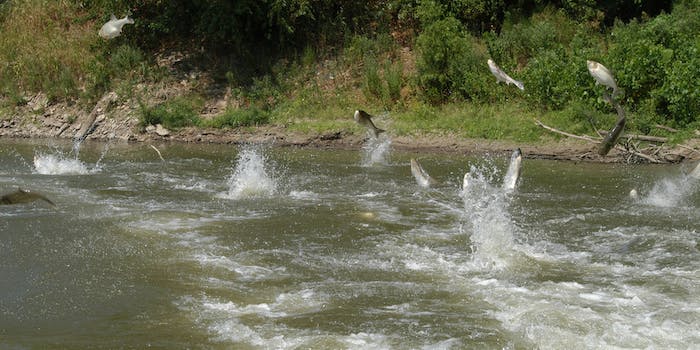 Members of one university rowing team got quite the shock when, as they paddled through the water, they were visited by members of an entirely different school… of flying Asian carp.

The freshmen men’s rowing team of Washington University in St. Louis was making its way through Creve Couer Lake when, out of nowhere, a group of flying Asian carp burst from the water.

One member of the team would later claim that a fish stole his seat.