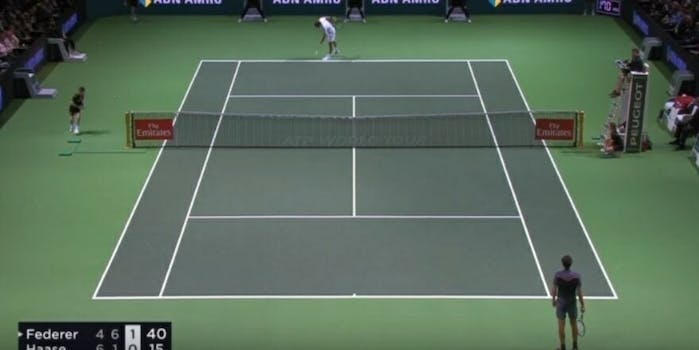 Roger Federer hilariously calls himself for a service fault

The show of sportsmanship is inspiring.

Roger Federer is the greatest tennis player of all time. With his 20 Grand Slam title victories and his ascension to the world’s No. 1 spot yet again, at the record-setting age of 36 no less, Federer is a true treasure on the tennis court.

And hell, you might as well also give him an award for sportsmanship.

This was the scene on Friday in the quarterfinals of the Rotterdam Open. Federer thought he faulted on his first serve. The linesman overseeing that area of the court disagreed. As did the match referee. As did Federer’s opponent, Robin Haase.

That wasn’t good enough for Federer, who said simply, “It’s out.”

The match continued, Federer won the point, and he triumphed, beating Haase in three sets. The victory catapulted him back to No. 1 in the world. But Federer understands the importance of being the giver of good on-the-court deeds—and the recipient.