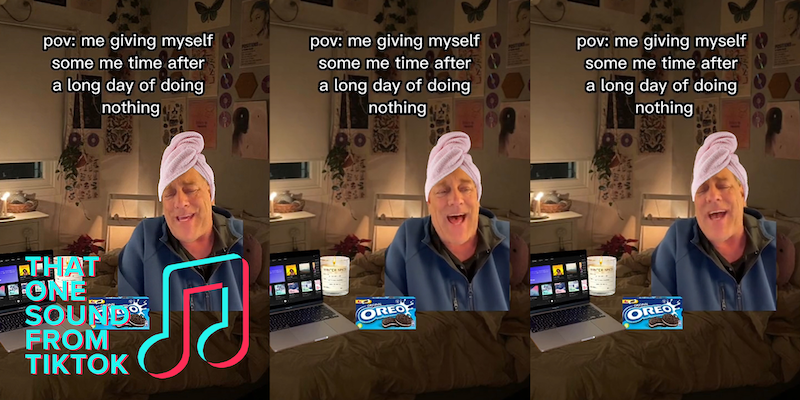 ‘I see this man more often than my own family’: Rodger Cleye edits take over TikTok

'I support creativity at all levels.'

Have you seen an older gentleman singing Gunna‘s “P Power” on TikTok, often greenscreened into a simulation of someone’s bedroom at 3am? That’s Rodger Cleye, a musician who’s become an unlikely avatar for mental health, friendship, and, in some cases, bad decisions.

The Gunna cover, originally posted in April, is featured in quite a few TikToks, though the 56-year-old’s covers of Nicki Minaj’s “Super Freaky Girl” and will.i.am’s “Scream & Shout” are also popular.

In this trend, people use the greenscreen feature to transport Cleye into bedrooms, bathrooms, and other intimate spaces.

“pov: you’re starting to study 5 hours before your exam,” reads one popular TikTok.

Cleye was also made duet partners with another singing TikToker, Susan Ivany.

@gurlwiths0 POV: me and my sister when she randomly starts singing😆. #rodgercleye#cleye#memes#edits#susanivany#rodgercleyememe#rodgercleyeedit#funny#siblings#fyp#foryou ♬ original sound – 🧚🏼‍♀️💿

Cleye has more than 2.5 million followers on TikTok, and the majority of his videos are covers. In earlier videos, he sits in front of a TV with lyrics on it, karaoke-style. In more recent ones, he’s front-facing and reading lyrics offscreen.

He recently covered “Period Ahh” by TikTok rapper Britt Barbie, and that video has more than 30 million views. Sometimes he performs his own songs, but mostly he takes requests via comments; he said in the comments of one TikTok that he has quite the “backlog.” Cleye offers a bit of musical backstory on his Songtradr page, saying he posted original songs that “sat on my hard-drive for the last 28 years.” He also posted a link to a book of old poetry on TikTok.

The Rodger Cleye TikTok tag has more than 545 million views, and though he’s been on the app since last year, Cleye dominated the FYP in September.

“I see this man more often than my own family,” wrote @lavendovs last month, scrolling through the many Cleye edits creators made.

Reached for comment on his virality, Cleye told the Daily Dot: “I support creativity at all levels. When in good taste, it’s all harmless and fun.”

Besides giving TikTok a massive catalog to pick from, Cleye’s passion for performing has also made him popular. His Gunna cover was hailed as “classy” and “better than the og,” and he has a very engaged fanbase.

“This is my daily dose of serotonin,” said a commenter on a recent video.

“I wanted to expose newer ears to some of the musical treasures of my youth,” Cleye says, when asked why he decided to start doing the covers on TikTok. “I continue to sew in such gems into my channel posts. Meanwhile, the newer ears exposed their stuff to my older ears. What a wonderful surprise!”