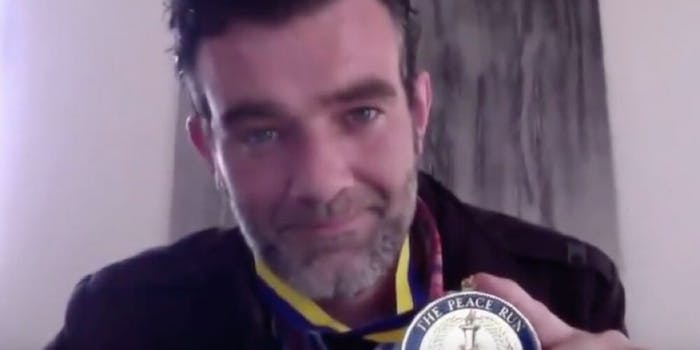 He was declared tumor-free in August.

Fans of Stefan Karl Stefansson, the actor whose work as LazyTown villain Robbie Rotten made him a beloved kids star and a beloved meme, were sad to learn this week that the actor’s cancer had “come back.” The bad news spread through a video on Stefansson’s YouTube channel and through a front-page post on Reddit. Fortunately, it’s not true: the reports were just the result of a confusing mistake.

The video uploaded Sunday to Stefansson’s channel was actually created in June, when he was preparing to undergo surgery for his pancreatic cancer. It described tumors that had recently emerged at the time and appealed to fans for their support. Everyone was understandably confused by what seemed to be a new video describing the return of Stefansson’s cancer, but it seems he just intended to share the video as a “thank you” for the support he’s received so far.

On Twitter, he posted it with the message, “A big hug to all of you, my dear friends out there. I appreciate you so much.”

But when someone asked him to clear up whether the cancer was “back,” i.e., whether he’d gotten any new tumors since he was declared free of them back in August, Stefansson explained:

Stefansson’s official GoFundMe page, run by his friend and LazyTown creator Mark Valenti, has been quick and consistent with updates about his health. There hasn’t been an update this week.

So, is Robbie Rotten’s cancer back? No. But it also never left. He was just declared free of metastases, which could unfortunately come back at any time.

I created this video in summer when Stefan was in the hospital to support dear friend who deserves all the best. It was uploaded to NoOnesLazy channel first, then GetLazy, and others. He does not have these metastases now – that is correct information. But HE HAS cancer, unfortunately. So these funds can help to save his life in the future a lot. Keep supporting him.”

Barshatskaya, who Stefansson describes as a friend, also commented on YouTube, “Stefan is a good friend of mine and I did this video to support him. He is fine now but not free of a danger. So all the costs you donate now will help to save his life in the future, guys! It is a real support.”

Several Reddit commenters have complained that the front-page post is only adding to the confusion caused by the video, and that the moderators should remove the misleading headline. As of Wednesday afternoon, they have not done so.

Robbie Rotten’s online fans, and the Redditors of r/DankMemes in particular, have been instrumental in helping Stefanssson reach his fundraising goals for medical costs. DankMemes declared Robbie Rotten their “meme of the year” in 2016, and they frequently refer to him as “number one,” a reference to his most famous song on LazyTown.