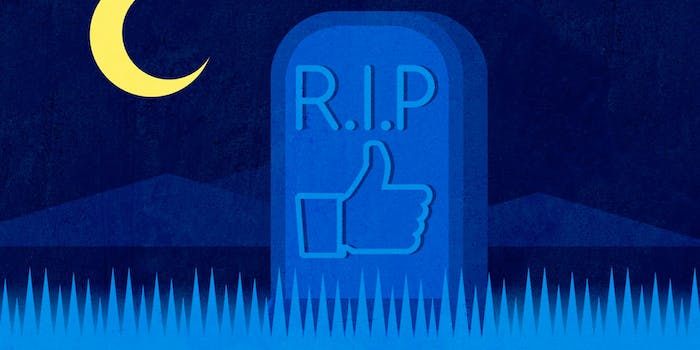 In the beginning there was nothing, and content dropped silently into the void. It was the mid-aughts. A year passed and Mark Zuckerberg granted us a feed, a common trough down which content would trickle, and we could look—but not touch. Then, one dawn in February of 2009, a button was born, and it was called Like.

We liked the Like. It made sense to us. In the words of Facebook’s Help Center, we Liked “to give positive feedback and connect with things we cared about.” In the years that followed its presence would flash and dart like lightning across the caverns of our tiny minds. Its reach would expand to fill the recesses of our sorrows, and in our lives it would be of use.

Who does not remember being tagged in an album of funny tweets by a coworker and, in seeing which ones they Liked, feeling like you were getting to know them? Who does not remember slowly building a friendship that would evolve into funny texts and pitchers of spiced rum sangria, but began with a humble reciprocity of Likes? Who does not remember a Like from a crush on a picture of you standing next to a man in a lizard hoodie at a party? Were they liking the lizard? Or was it you, who had waited so long, who was finally being seen? 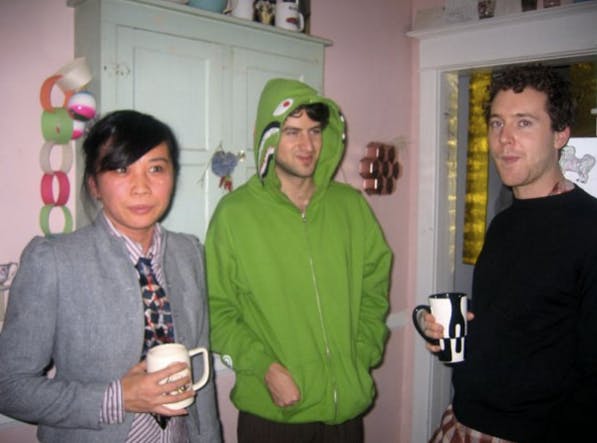 When I’m feeling fucked and don’t want to leave my apartment, I get the sense that my only real friends are the ones who smash that Like. I’m not proud (and I will go to therapy soon), but Facebook remains a pillar of my emotional hygiene. It has such a well-tuned feedback mechanism. The Like is a scalar, i.e., a quantity with no direction, rather than a directed vector, like the new Reactions. The Like is a language with one guttural word, the Like count a foundling with no mouth or limbs that can only convulse in place, growing with each click.

There’s something about the gaugeability of the Like that seizes our neural receptors. It trains you. Where once we flailed, posting with no feedback, with Likes we learn, we improve who we are. I’ve read my statuses at literary readings and tbh killed, but the sensory chaos of a bar full of nice-looking people laughing doesn’t, to me, match posting content I know is triple-A-rated and then watching the Like count raise its skinny fist heavenward. For a taste of this thrill, I’ve gone out in the middle of the night to buy a box of Triscuits to make a selfie-driven joke funnier. I’ve raided my old journals for content. I’ve rewritten Shakespeare. I’ve held that itchy kind of pink insulation in my bare hands to stage a murder-mystery diorama in photos. And I did it all for the Likes. 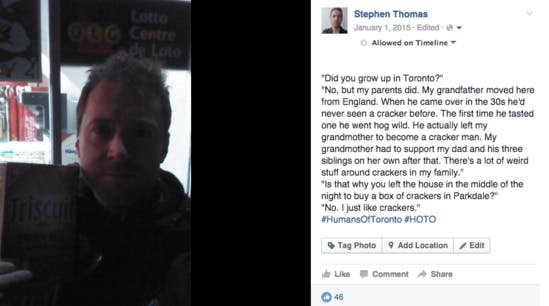 It’s too easy to forget Facebook in the Proterozoic era of Likes. Even in 2010, a friend could tag me in a picture where I’m making a funny face while eating a marshmallow, and it would get zero Likes. It’s hard to believe now, but a big hit in 2010 (for me, anyway) was five Likes (“guys I just had my first graduate school class. I’ll post pics soon”). Even in 2012, a highly detailed self-portrait in soft pencil made on my 18th birthday would net only 11. Even at the tail end of 2013, “megaposts” like this one…

…would receive a modest 32.

Then something happened. I don’t know if everyone experienced this, and it may have something to do with my immersion in Weird Facebook, but a year later, in December 2014, the Life Event “first canadian winter knowing about moisturizer” would get 66 Likes. Flash forward another year, and a picture of a slightly strange-looking pillow got 45, while “lms if u are glad u were born and are now adrift in this universe of uninterrupted pain rather than not existing” got 75. A picture of my face in the dark with the caption “this morning my mom tried to forward an email from me to my dad but accidentally replied to me. she was just forwarding my email and adding ‘Sigh.’” got 142 Likes and was made into a meme. When I announced I had a book deal last year, I got an even 300. 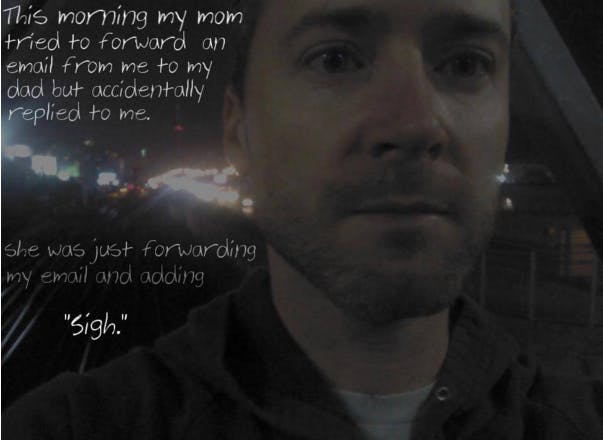 But a language with only one word is a world within which most humans cannot live. We thirst for range and force mitosis. “Comments” and “Shares” have long been drafted by the desperate to serve as yardsticks their contributors never intended: The notification queen flouts his number of comments like a trophy while people are trying to talk. The purist knows only the Likes matter, and the reward for this orthodoxy is the bliss of deliverance the voluptuary knows not of.

Look, I understand the desire for a more diverse lexis. The recently deceased liking system was not perfect. For one, Likes were not always sincere. Who hasn’t needed to extract themselves from a comment thread convo without seeming abrupt and taken the “Like-their-last-comment-and-ghost” option? The game, too, is always changing, and the meaning of a Like evolves. Megagroups like Bernie Sanders’ Dank Meme Stash warp the limits of our content’s exposure, and thus our perception of reality. I posted a mildly amusing meme (Bernie saying “MUFFINS ARE CAKE” / “MUFFINS ARE JUST LITTLE CAKES!!!”) and it got 324 Likes on that page. Actual good memes are pulling in at least 10,000 Likes over there. It all makes the Like economy of yesteryear seem quaint. 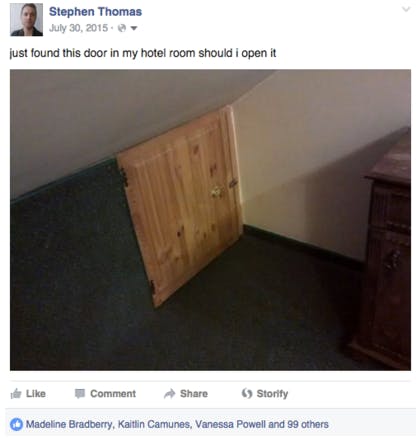 But when you only have one way of evaluating something, at least you know how much it’s worth. What kind of nation has more than one currency? You know what $1,000 is. What if we started using dollars, turkeys, hugs, forgiveness, and stock options? It makes no sense. The human body can’t process this many channels of feedback. It’s anarchy. The binary Like was a crucible for content. The content passed or failed, like a physics exam. The new pantheon of Reactions is like a Montessori gold star—what am I supposed to do with this? We enter a hermeneutic tailspin, forced to pick our feelings out of a lineup like they were suspected criminals.

As the monotheists knew, one god among many is no god at all. A god who frolics by a stream with a nymph and a boy who can fly is not a symbol of anything; that’s just someone who’s hanging out. Presented as one option among many, like an item on the Burger King dollar menu, the once-omnipotent Like has now been dragged to hell and signals weakly to us, as one from beyond the veil. 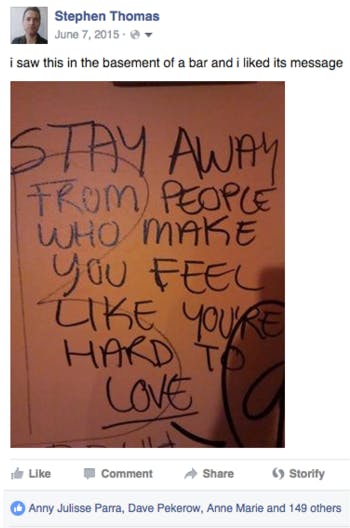 RIP One True God. You will be missed. Your reanimated corpse is now made to dance among your murderers, and we are all now Nietzsche on the mountain. May the lord have mercy on our souls.