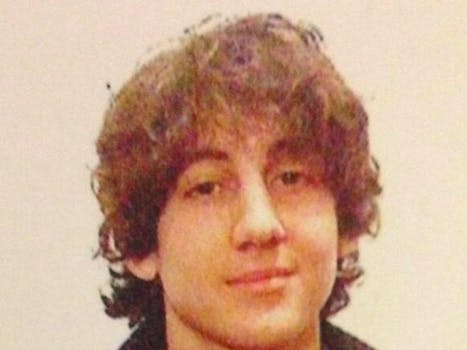 Two Reddit users made it their mission to follow the Boston bombers after their identities were revealed.

For better or worse, social news site Reddit was very much embroiled in the Boston Marathon bombing and the subsequent manhunt for now confessed bomber Dzhokhar Tsarnaev and his brother, Tamerlan. But for two Redditors, that involvement went beyond just circling possible suspects in photos.

On Friday evening, the same night that police apprehended Tsarnaev, 19-year-old college student Kevin Cheetham and 37-year-old Luke—who didn’t reveal his last name—found themselves in Watertown, Mass. That they were in the same Boston suburb as the Tsarnaev brothers’ shootout with police wasn’t a coincidence. The two men purposefully drove there when they found out that the younger Tsarnaev sibling was holed up somewhere in town.

“Everybody has a lot of questions and we just want everything answered,” Cheetham told Time. “Instead of waiting for answers to come to us, we are trying to get them ourselves.”

The two teamed up after a chance encounter at Massachusetts General Hospital, where the body of Tamerlan Tsarnaev was taken after the early Friday morning shootout. The two realized that they were fellow Redditors and decided to work together. Luke and Cheetham went off in search of Dzhokhar Tsarnaev equipped with a laptop, a spotlight, and a baseball bat (never mind that their target was presumed to be armed and dangerous).

Their quest yielded little more than a handful of updates to the now defunct r/FindBostonBombers, including an interactive map that highlighted the Tsarnaevs’ spree across Boston. It also produced a lot of self-congratulations, apparently.

“According to Cheetham and Luke, a police officer who pulled them over late Thursday night was so taken aback at what they had gleaned from the Internet that he asked, ‘How do you have this information? Can I write this down?'”

The self-satisfaction doesn’t stop there. when speaking of his companion, Luke said, “I would never say Kevin is smarter than a top FBI guy—although he might be—but I would rather have 10,000 Kevins than one FBI guy.”

With quotes like these, you’d think redditors had cracked the case instead of accusing innocent people and getting some elements so dangerously wrong that the FBI asked them to stop speculating about suspects and Reddit’s General Manager issued an apology on behalf of the site.