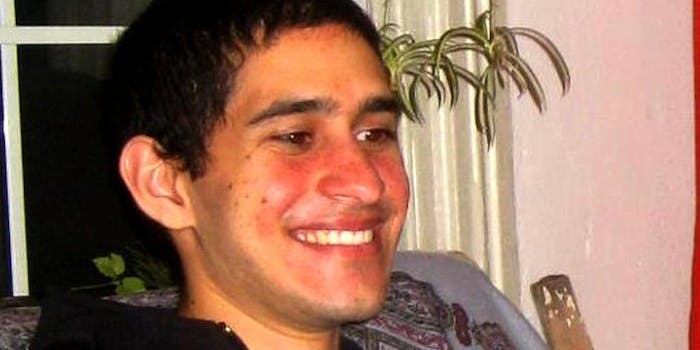 One of the bigger side stories from last week’s hunt for the Boston marathon bombers came from social aggregator Reddit, where users launched a misguided vigilante manhunt that fingered innocent people as the suspected mass murderers.

An FBI spokesperson told the Washington Post that the online speculation was so out of control and damaging it played a role in their decision to release photographs of the suspected bombers on Thursday.

In other words, Reddit had a very real effect on a major federal terrorism investigation.

“Though started with noble intentions, some of the activity on reddit fueled online witch hunts and dangerous speculation which spiraled into very negative consequences for innocent parties,” Erik Martin, the site’s general manager, wrote in a blog post. “The reddit staff and the millions of people on reddit around the world deeply regret that this happened.”

As redditors scoured dozens of photographs last week, they zeroed in on a pair of young men carrying bags, spotted close to where the bomb eventually went off. Redditors spread the photos around with thick red circles framing their faces, images that soon spread to the front page of the New York Post. We now know neither of the men was a bomber, and the accusations from Reddit and the Post has had serious consequences for at least one of the men—17-year-old Salah Barhoum, a high school track star in Revere, Massachusetts. Barhoum told the New York Daily News he’s already been subjected to bullying at school.

“Last night I couldn’t sleep, just thinking about the consequences,” he told the Daily News. “What are people going to say and what the result is going to be. “I want the people who did this to apologize. I didn’t deserve this. Colleges aren’t going to want me now.”

Reddit users weren’t the only ones guilty of shoddy, amateur detective work. 4chan users also tried their hand, also identified the wrong suspects, and also got just about everything wrong—as did people sharing photographs on Facebook and Twitter. But Reddit became the epicenter. When the FBI released the photographs of the only two real suspects, it made sure to emphasize that these should be the only photographs used to identify the men—a clear message to the online sleuths. That didn’t stop the false accusations.

Soon suspicion had fallen on Sunil Tripathi (pictured above), a missing Brown University student who bore some resemblance to the FBI’s suspect # 2 (later identified as 19-year-old Dzhokhar Tsarnaev). Having learned their lesson the first time around, volunteer moderators at Reddit’s r/findbostonbombers quickly deleted any threads pinning the crimes on Tripathi. But they were still too slow. By the time police were chasing Dzhokhar and his brother Tamerlan through the streets of Watertown Friday morning, the name “Sunil Tripathi” had become so associated with the case that rumors quickly spread on Twitter that he was one of the suspects in the vehicle (thanks largely to erroneous reports that dispatchers mentioned his name on a police scanner).

“We have apologized privately to the family of missing college student Sunil Tripathi, as have various users and moderators,” Martin wrote. “We want to take this opportunity to apologize publicly for the pain they have had to endure. We hope that this painful event will be channeled into something positive and the increased awareness will lead to Sunil’s quick and safe return home. We encourage everyone to join and show your support to the Tripathi family and their search.”

But how will Reddit ensure its earnest do-gooders don’t do more harm in the future? Martin’s post was short on specific suggestions. The site forbids posting personally identifying information, such as names or addresses, to prevent exactly this kind of situation from happening—from letting loose misinformed online hordes on innocent people. It’s in the average redditor’s’ DNA to crowdsource solutions to problems. Without some kind of official site policy forbidding interference in criminal investigations, Tripathi and Barhoum will surely only be the first in a long line of online justice’s victims.