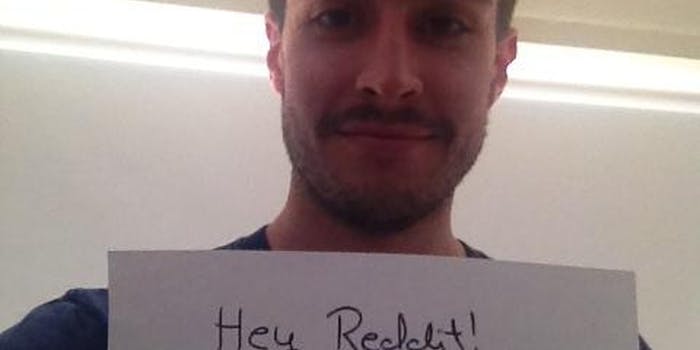 Zeddie Little owes his newfound fame to Reddit. On Monday, he helped return the favor.

A photo of the 25-year-old in the Cooper River Bridge Run was posted on the social news site roughly three weeks ago, where it quickly shot to the front page, earned a Know Your Meme entry, and resulted in an appearance on Good Morning America.

On Monday, Little returned the favor to Reddit by taking part in a live-interview session, known as Ask Me Anything, where he reflected on his newfound fame. He answered over 20 questions from the community on everything from hairproducts to his favorite breakfast. As it turns out, Little even has a ridiculously photogenic dog.

We compiled a list of our favorite responses below.

Has your newfound fame resulted in any monetary gains (Big movie roles, book deals or tv commercials)? Do you hope it does? (zuneman)

Nope. Brooks Running has been in touch, (I was photographed wearing their racing shoes and shorts) and we’ve been throwing around some ideas.
I haven’t been too much in contact with agencies or whatever, but I’m not opposed to doing commercials/modeling/etc. I think it would be a new and fun experience.
I have, however, been contacted by the John Ritter Foundation to run the NYC marathon this year. I’ll be running to raise awareness for Aortic Health. I am really glad they contacted me to do it.

What has been your friend’s/family’s reaction to all this? did you know of memes before you became an internet sensation? (powermad47)

They love it. My dad was so proud he would have given away my complete biography, complete with SSN to a journalist until I had to ask him to dial it back a little bit, haha.
Yeah, I’ve always found memes funny, but never, ever though I’d BECOME one. Bizarre.

Were you nervous about going on TV? Or did you just enjoy the experience? (Himi_Jendrix)

I’ve had stage fright in the past, but with TV, there’s not really a visible audience to make you nervous. I just got lost in the lights and started going with it.

Is Zeddie short for something else? Or is that just your actual name, making you possibly the greatest person ever to have lived? Apart from Benedict Cumberbatch. (hatman2702)

I’m not sure. I am one of several Zeddies in a line of generations. It might be a southern thing?

What is the best thing that has come from this overnight fame? (EvilCyborg10)

I have to say, I really enjoy being part of such a good joke. I was noticed by an older woman around 70 or so in the grocery store on Saturday and she was ecstatic, saying, ‘I saw you on my TV!’
As well, I’m completely honored to be approached by the John Ritter Foundation for Aortic Health to run the NYC marathon. Any way I can promote healthy living and such positivity is really humbling.

Has anyone recognized you as [Ridiculously Photogenic Guy]? (NanoGeek)

Starting this past Friday, the 13th, people have really started noticing me. It’s still a new experience – people knowing you from a random picture. It’s all been in good fun, which is cool.
I went running throughout the City last night and a couple people yelled at me throughout my run.

2 part question: what’s your favorite breakfast and can I stay the night? (jimbo91987)

How did you first react when you found out you picture went viral? How has it affected your life? (Polite_Canadian_Girl)

I got a call from Redditor friends about 4 hours after the images was initially posted on the internet. They were saying I was number one on Reddit, and gave no explanation, so I assumed whatever it was was really bad, but I was racking my brain as to what it could have been.
When I finally saw the photo I laughed for about an hour. It was just surreal. It’s still surreal.

What is your hair-care regimen? (sirsasana)

Oh man, I kinda saw this one coming, haha. Just shampoo, maybe conditioner, no particular brand or whatever. Its really thin so I just use wax/pomade from Keihl’s (product placement?). And once in a while go to a cool barber called Freeman’s.

What’s your favorite meme of yourself? (greywarden)

It got to a point where it felt weird looking at a billion pics of mysef, so I might have missed out on any recent ones within the past week or so.

There are a ton of great ones. Off the top of my head, I like the “Record Milk Sales” one, the creepy Wolverine one and definitely the RPG photoshopped into the North By Northwest airplane scene.

Do you own “Ridiculously Photogenic Dog”? (Feltron)

I don’t own “the” photogenic dog, but I do own a good looking pup, seen here 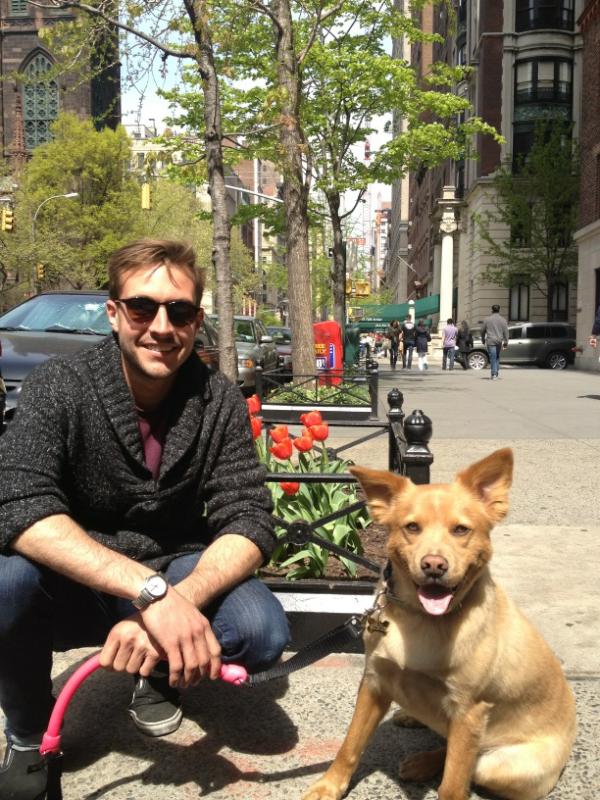 Her name is Jamma, she’s about 3, and was a rescue at about 5 days old. I think she’s a golden-chow mix. Best dog I could ever imagine.

Do you have an unflattering photo of yourself? And if not, can you just acknowledge my existence? (flounder19) 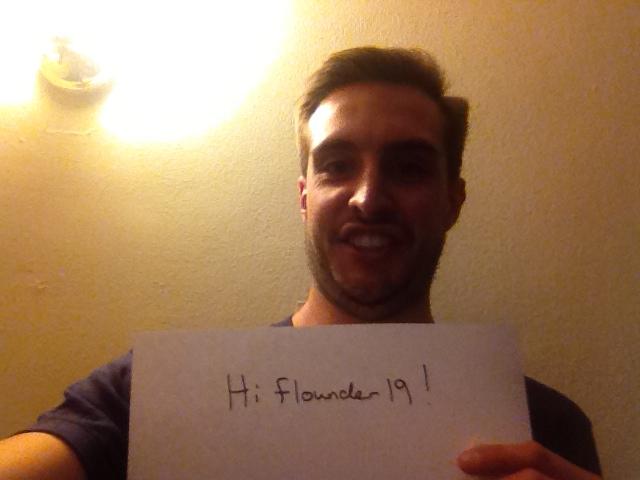 What do you do in real life? (omplatt)

I bartend at a restaurant in NYC and I manage web content and PR material for a pretty rad music venue in Williamsburg, Brooklyn.
Hobbies: I like running, listening to too much music, and am really into the NYC food scene — I cooked for about 6 years and a little here in the City, and I just can’t shake the bug i have for cooking/eating/learning about food and gastronomy.