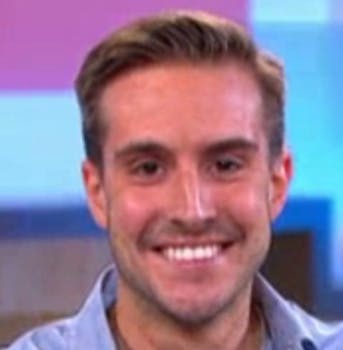 You’re not supposed to look good while running a marathon.

That’s why a photo of a young man smiling happily into a camera during the Cooper River Bridge Run quickly blew up on social news site Reddit two weeks ago, earning the title “ridiculously photogenic guy.”

Now that man, 25-year-old Zeddie “Watkins” Little, is an Internet and real-life celebrity who was a guest Wednesday on Good Morning America (GMA).

“I was running and waving at a friend that was on the sidelines and I just kind of turned around and guess I just caught the camera lens,” Little told a gushing Robin Roberts.  “And that was history.”

The now-famous photo has earned Little a Know Your Meme entry and dozens of Reddit posts featuring his face photoshopped into almost every scenario imaginable. (Check out some more here.)

The photo was taken by amateur photographer Will King, who randomly took the shot while looking for his friends running in the race on March 31.

“There’s tons of people, but he was the one,” King told GMA.  “He was actually just looking straight at the camera, smiling, the sun was setting his hair as it was just blowing in the wind.  He’s just an all-around photogenic guy.”

Little isn’t sure what to do with his newfound fame but does plan on running in the New York City Marathon this November.

So keep your eyes peeled for plenty of photos of the ridiculously photogenic guy.