Reddit tricks Google into thinking a potato is a gaming console

All eyes are on this special spud.

Aware of their enhanced visibility and influence within Google’s “In the news” search results—which increasingly point toward non-traditional media outlets—redditors have been wreaking havoc on the company’s constantly evolving algorithms.

Their latest mischief springs from the subreddit r/circlejerk, where user DANNYonPC posted a photo of a potato with a caption that read: “Gaming Console. If you vote this up, it will show up on Google Images when people Google search Gaming Console, Xbox One or PlayStation 4.”

More than 4,000 upvotes later, Google indeed promoted the potato in searches for “gaming console,” though not for the two specific products mentioned. 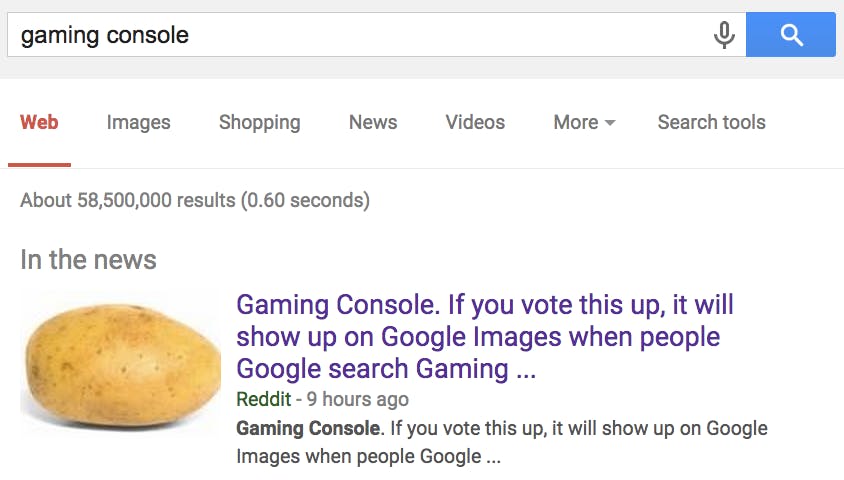 What these jokesters may be too young to realize is that the potato is a gaming console, one that even predates Atari. Why, I remember spending hours in the kitchen as a lad playing some of my favorite potato games: peeling, mashing, baking. Truly, it was a golden age.