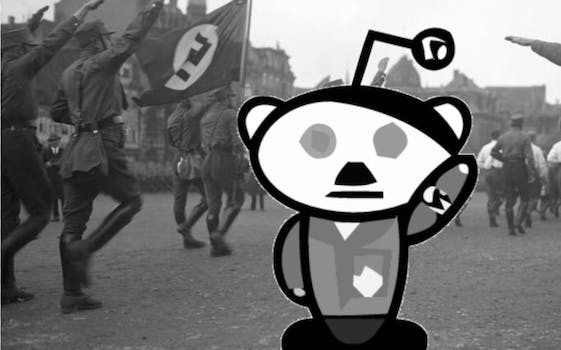 The apocryphal Godwin’s law states that “as an online discussion grows longer, the probability of a comparison involving Nazis or Hitler approaches 1.” On Reddit, that just might be true.

A recent analysis of Reddit comments found that in threads with more than 1,000 comments, there was a 70 percent chance Nazis would come up. Contrary to the obvious pun, you probably did see that coming if you’ve spent any time on Reddit.

After analyzing a data set of 4.6 million comments, Curious Gnu wasn’t able to prove Godwin’s Law—because not every mention of Hitler is a “comparison”—but did discover that Nazi mentions are much more common in some subreddits than others. 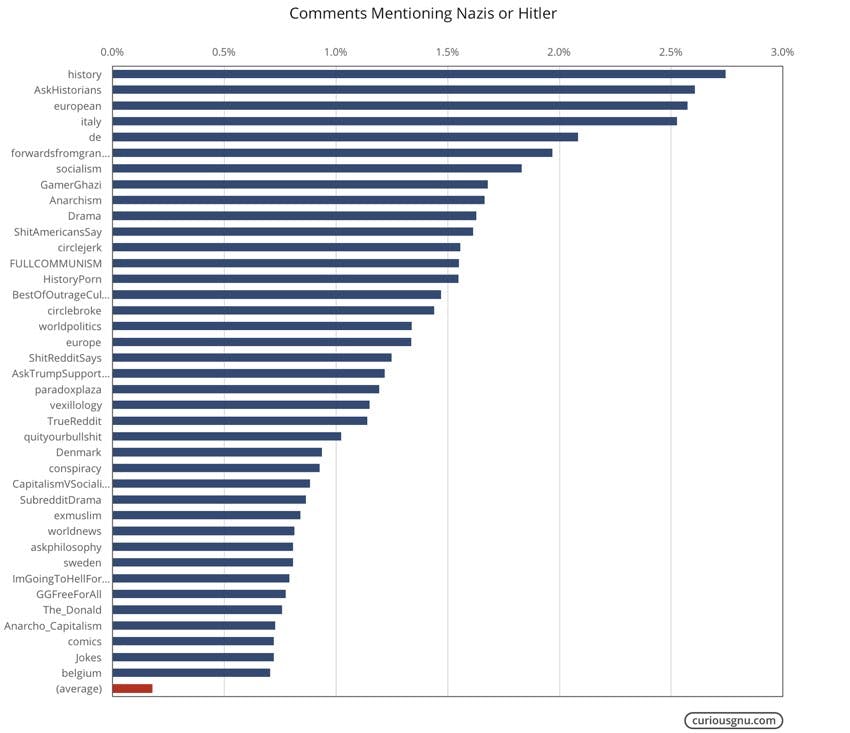 This list makes intuitive sense: History, European, and various outrage and drama subreddits should be obvious. The debate over whether presumptive Republican presidential nominee Donald Trump and proponents of the online harassment campaign Gamergate are “nazis” also apparently rages on.

But what the data have yet provide is some context for how and why redditors employ Nazi references. In a more in-depth look at Reddit and Godwin’s law last year, researcher Travis Hoppe claimed only 1 out of every 1,500 Reddit submissions mentioned Hitler or his followers—and that was based on 1 billion data points. Hoppe also discovered that, countermanding conventional wisdom about Godwin’s law, dropping a Nazi reference doesn’t automatically shut down discussion. In fact, bringing up the Holocaust seemed to be a reliable indicator that commenters were passionate about a subject and wanted to keep talking about it.

Maybe the Holocaust isn’t thrown around as lightly online as Mike Godwin believed when he memorialized his law decades ago. The references themselves are often juvenile and ahistorical, but what they reveal is fascinating and ripe for further study.