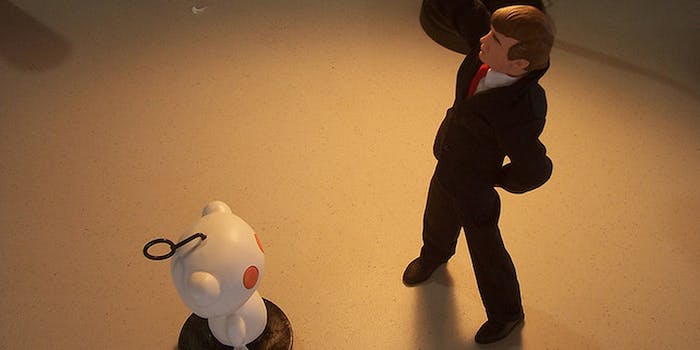 Getting paid for AMAs and other Reddit myths debunked

Admins tried to set the record straight on some common misconceptions about the social news site.

Reddit doesn’t pay or get paid for big-name Ask Me Anything interviews. With fewer than 30 employees (but more incoming), it’s not a giant company. And redditors are not paid to promote Olive Garden; they just seem to really like unlimited breadsticks.

The social news site has always taken pride in its transparency, making it a point to only collect a minimal amount of personal information from its users. Yet, conspiracy theories about the company abound in the community, veering between the believable and the absurd.

Here are some of the key takeaways:

The company isn’t planning to float on the stock market any time soon and puts independence before profit. “Going public [with an Initial Public Offering] means having to answer to short-term shareholders and irrational market pressures,” the admins wrote. “We don’t want to risk either of those.”

The admins claim “none of reddit’s owners or investors have ever bothered to exercise influence over reddit’s operations or editorial decisions.” There are a few exceptions, notably an incident in 2009 in which Condé Nast asked Reddit to remove a thread about Sears. The retailer apparently threatened to pull advertising from Condé Nast’s other publications. Redditors were not pleased.

As for AMAs, Reddit doesn’t write answers for celebrities, though the company has invited individuals to participate in the live interviews and explained how the process works. While no money changes hands for AMAs, studios occasionally buy ads for a new film or TV show, and there’s sometimes an accompanying AMA by the stars or director. The admins also acknowledged that celebrities or their reps sometimes buy ads to thank fans after a strong AMA session (as in the case of John Malkovich)

In a discussion about the post, Wong cleared up yet another rumor. He said the decision to remove r/atheism and r/politics from the default subreddits (those to which new users are automatically signed up) wasn’t influenced by shareholders. Ohanian, meanwhile, stopped by to clear up the story of Reddit’s origins.

Tl;dr: “No, neither Steve [Huffman] nor I (nor even PG [Paul Graham]) had heard of digg until after we’d launched.