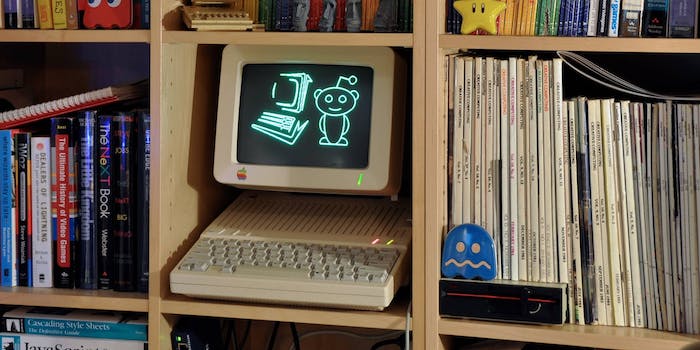 The trouble with Reddit dropping the banhammer on news sites

The moderators of Reddit’s r/UpliftingNews, a home for positive news stories from around the world, have banned all links to the Huffington Post for its “parasitic business model.”

In a lengthy post early Friday morning, moderator razorsheldon explained how HuffPo monetized “content created by others through condensed summaries without any ethical standards or creative attribution.”

“Moving forward, we will no longer support this here, and will instead encourage support for the hard working journalists and bloggers finding and writing about the great people and actions happening all around us,” razorsheldon wrote. “That said, if you find a great story through a reblogger or from elsewhere that would be enjoyed and appreciated here, please feel free to share the link to the original source instead.”

R/UpliftingNews is one of Reddit’s newest default subreddits. It’s one of 50 forums that appear on the site’s front page to an audience of 135 million unique visitors each month. And it’s not the first influential news forum on Reddit to enact blanket bans on major news organizations.

R/news and a handful of other subreddits have used lists of banned domains. In September, Russian news organization RT.com was banned from the forum for vote manipulation and spamming. In March, r/news controversially banned links to a Glenn Greenwald exposé. Back in 2012, an article exposing the identity of Reddit moderator Violentacrez got Gawker banned from dozens of subreddits in protest.

The Huffington Post ban addresses a growing issue for Reddit. Cracking down on “repackaged” content online is difficult when, to some extent, everything is repackaged. It’s virtually impossible to find a news organization that doesn’t borrow from other sources. It’s common practice to report on news originally covered elsewhere, use quotes obtained by other organizations, or rewrite stories altogether.

In addition, nearly every single news organization, including the Daily Dot, uses Reddit as a source for content. And in an era of rampant wholesale plagiarism, the Huffington Post is hardly one of the worst offenders.

Here, the problem is attribution. Huffington Post routinely hat-tips its sources and links out to others. But according to these Reddit moderators, the site is not consistently hat-tipping Reddit.

Reddit’s official “pressiquette” provides some guidelines on how to source original content found on Reddit. Journalists are asked to “message the redditor who shared the piece to ask for their permission prior to using it in an article or list, ask how they would like it to be attributed, and provide them a deadline before you move on to another story.” These news stories are not original Reddit content, however; they’re links.

What has been lost on many of the redditors praising the ban is the fact that, at one point or another, news organizations have and will use Reddit for some amount of unattributed information. That is the great gift and curse of being such a popular site. And furthermore, as redditor ikilledtupac pointed out, the Huffington Post is not the only company making money indirectly from Reddit content.