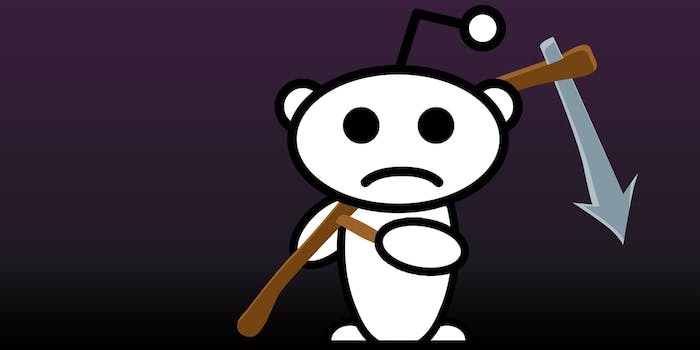 This bot tells you how long you have before you die

I am 25 years old. Statistically speaking, I have 2803 more weeks to live.

Many bots, whether on Reddit or Twitter or anywhere else, are designed to be intrusive—interjecting themselves into conversations with nonsensical comments, bringing absurdity and non sequitur to an increasingly mundane Internet. Last_cakeday_bot is much the same, but with a morbid twist: It tells you how long you have before you die.

Any post in which a Reddit user references his age (e.g. “I’m 39 years old and had no idea that Asparagus piss was supposed to smell until maybe 10 years ago”) receives a response from the bot saying how many weeks he has left to live—statistically speaking—given the average American expectancy of 78 years.

I am 25 years old. Statistically speaking, I have 2803 more weeks to live.

Last_cakeday_bot was born almost two weeks ago, when the redditor Doos posted in the subreddit /r/RequestABot, offering a $10 “bounty” to any bot maker who could meet his specifications. (“Cakeday” is Reddit slang for one’s Reddit anniversary.) “I think this is an awesome way to get people to appreciate their limited time,” Doos wrote in the original Reddit post, “and spend it more wisely.” Within a day the request had been met by a user named Mustermind.

Doos, a 26-year-old living in China who also goes by the moniker Grandpa Claw, is a member of a “creative movement thing”—his words—called CrabBlood. Last_cakeday_bot is CrabBlood’s second project; the first was Tube Libs.

“People say that the bot is ‘dark,’ but in reality it is just an algorithm posting statistics,” Doos told me in an email. “To be afraid of dying is like a hermit crab being afraid of discarding an old worn-out shell.”

Doos (a.k.a. Grandpa Claw) works with two partners, “Crabby-Mike-aka-Bloody-Mike” and “Jisho C*” (pronounced “sea star”). Avinash Dwarapu (a.k.a. Mustermind) is not a member of CrabBlood, but a freelance programmer who hosts and maintains the bot. “His part in last_cakeday_bot was only to translate the logic we gave him into code and host it,” Grandpa Claw wrote to me in an email.

The purpose of the bot, Doos, wrote, is simple: to get people to think about their mortality. “A few million people,” he hopes, “will experience momentary contemplation of death and subsequently spend their time a little more wisely before the gulls come home.” Seems like Reddit is as good a place as any to start.

“We would like to use this opportunity to raise awareness of the horrible blood harvest of our brethren horseshoe crabs for medical research,” he continued, “in which up to 30% of their sweet blue blood can be taken at a time.”