A bored redditor Photoshopped himself riding a giant chicken and ended up inspiring a British street artist.

When all you have to look at are rolling hills and chickens, the mind can do crazy things.

Graphic designer Richie Nolan found this out last weekend during a visit to his parents’ home in the Irish countryside. Bored and desperate to entertain himself, Nolan spent nearly three hours in Photoshop making this image:

“The initial steps of placing the image of me on the chicken was quick enough, it was the fine detail that took up most of the time (matching shadows, colour, lighting etc.),” Nolan told me.

Nolan uploaded the photo to Reddit’s r/funny Sunday evening. It was an instant hit, inspiring all sorts of dirty jokes and even some touching chicken prose.

One redditor who was particularly touched by the photograph was English street artist Beastie, of Gloucestershire, who came up with his name in 1999 after listening to Yomanda’s “Synth and Strings.”

“I noticed how the bassline sounds like a giant beastie stomping over the hill,” he said. “I saw the image on Reddit, and had to turn it into a little stencil. The idea of a chicken rider wandering the streets was irresistible, so I sent [Nolan] a message.” 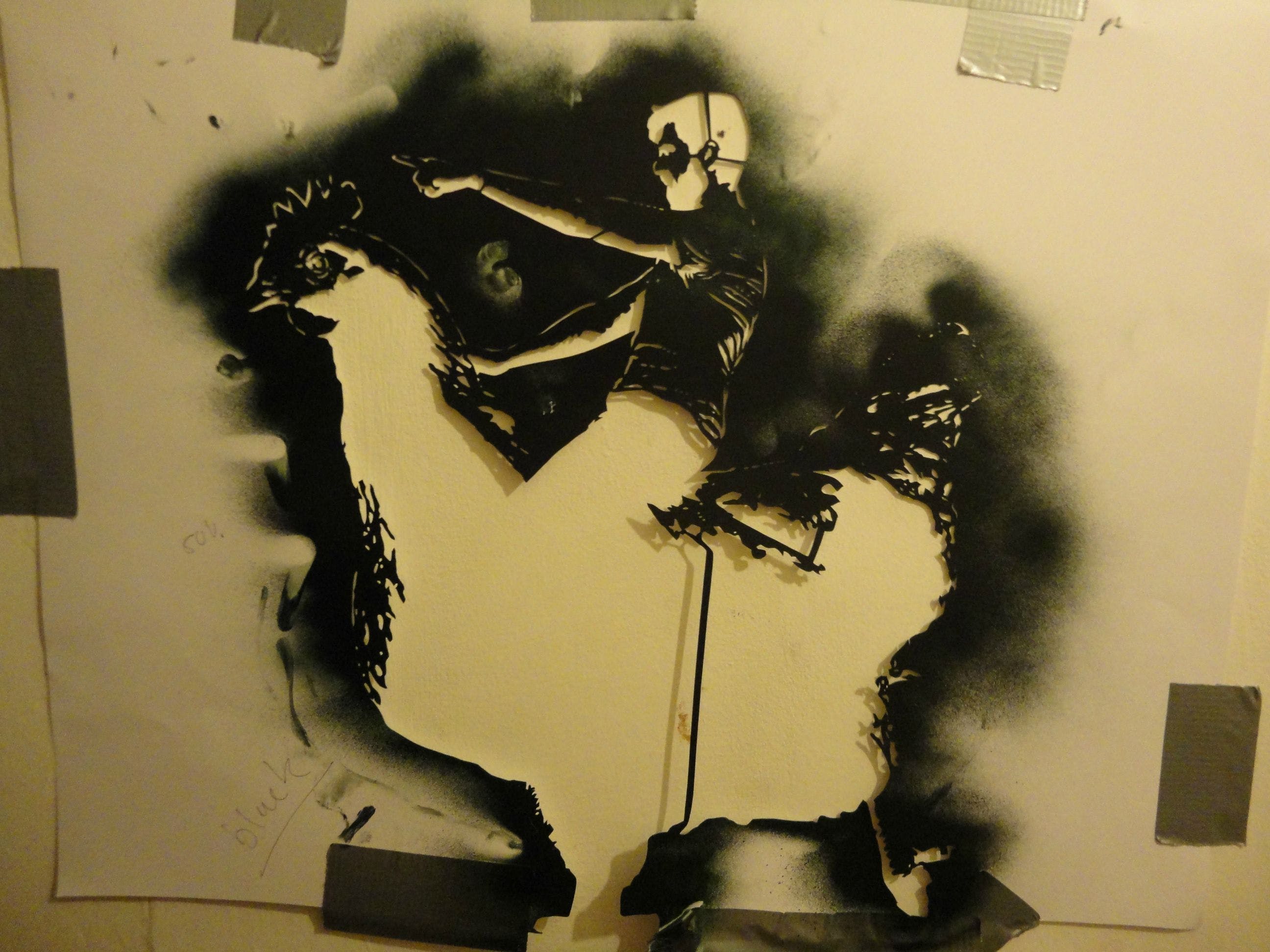 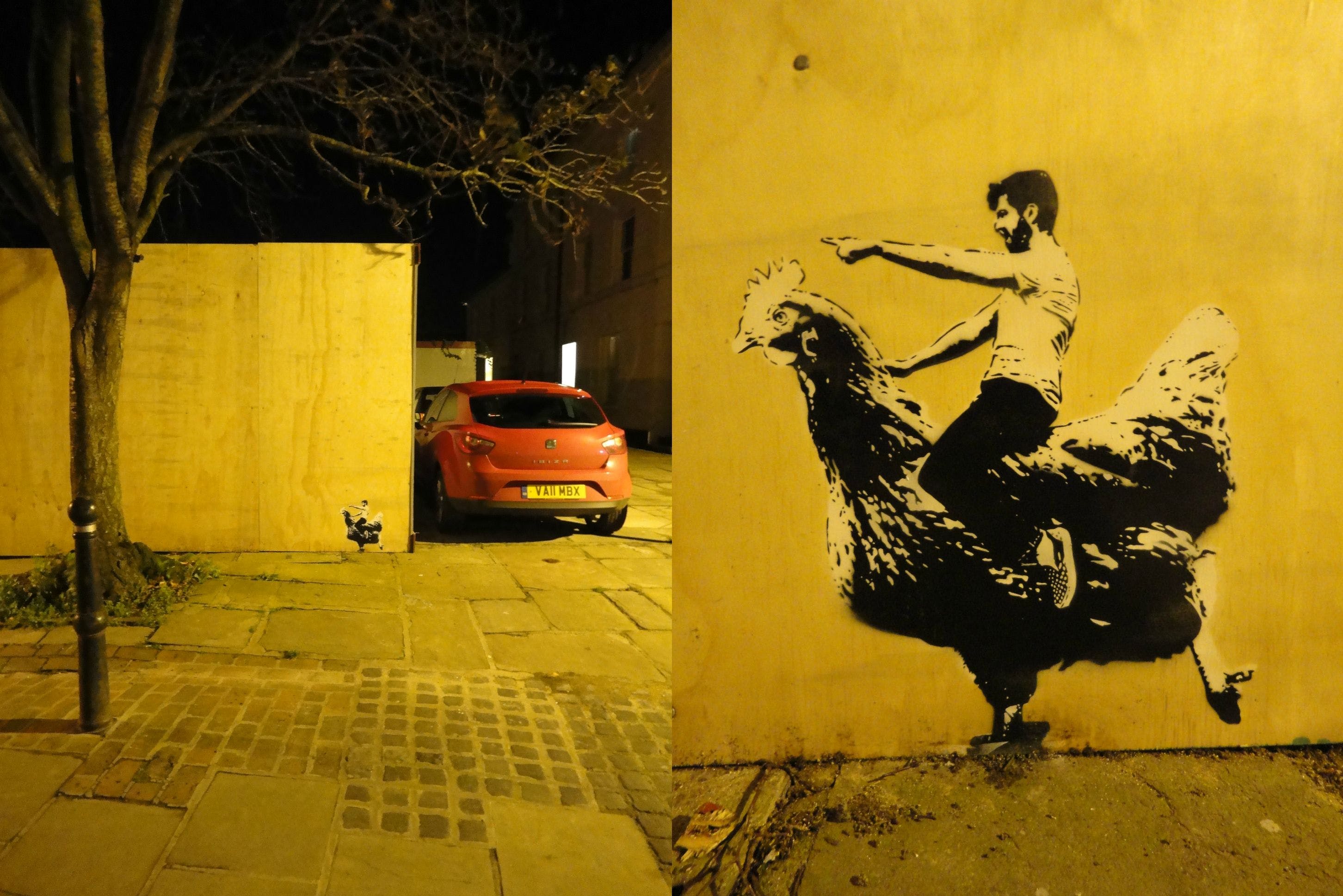 Beastie posted photos of the tag on r/pics, and they also ended up on Reddit’s front page. One redditor has even begun selling T-shirts and mugs featuring Beastie’s stencil design.

As with any discussion about street art, there was immediate speculation about whether the artist might secretly be Banksy, the world’s most famous and elusive street artist.

The answer was a resounding no (which makes sense, because Banksy has spent the past month using New York City as his personal canvas).

“I love being compared to Banksy, he is a great artist who has taken stencils, and street art in general, to a whole new level,” Beastie said. “I hope the level of detail I usually foolishly try to put in, and my complete lack of wit, means people can see a difference when they look a bit closer though, my work just isn’t as good!”