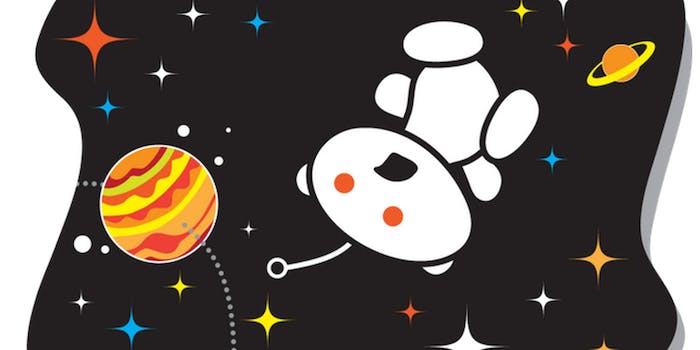 We clear up four major misconceptions about the "inter-website war" between Reddit and Gawker.

The most tumultuous day in Reddit history is over. But today promises to be even crazier. Today, Gawker’s Internet culture beat reporter, Adrian Chen, will likely publish the article. The mere rumor of this article has launched an “inter website war” and lit Reddit afire with accusations of blackmail and alternate accounts and mass-doxing (revealing a pseudonymous user’s true identity).

The article in question is expected to be a profile of violentacrez (full disclosure: Chen interviewed me for background), one of Reddit’s most controversial figures.

Violentacrez, who has recently deleted his account, was the second-most active moderator on Reddit (moderating 182 subreddits), and he ran some of its most controversial forums, including r/jailbait, the now-banned forum where users once traded stolen images of underage girls. His recent appearance on the r/creepshot community’s list of moderators finally pushed Chen—who’d been following violentacrez for over a year—to dig into his real identity.

As a response to the promised Gawker article, the moderators at numerous Reddit forums banned Gawker-affiliated sites, a move that piqued the curiosity of mainstream media. The Atlantic Wire, The New Statesman, and even Politico all chimed in with articles on the affair.

Accusations are swirling left and right. Some are true. Many of the most egregious are not. So as the Internet waits for Chen’s article to drop, it’s an opportune time to clear up some misconceptions.

What moderators did mention was “doxing,” or revealing a pseudonymous Internet user’s real-world identity. At Web communities like Reddit, which thrive because users are free to say and do anything they want, doxing is a severe crime, both to users and the site’s staff. It’s far worse than offensive speech like racism and homophobia or, yes, even posting surreptitiously snapped photos of innocent women for creeps to perv over. Why? Because doxing undermines the community’s structural integrity: Reddit simply would not exist as we know it if users weren’t operating under the freedom of a flexible identity. So redditors aren’t banning Gawker to protect violentacrez, they’re doing it to protect themselves.

Unfortunately, the rest of the world doesn’t function on the same principles as Reddit. Out there, no one thinks it’s wrong or evenly morally ambiguous to reveal the identity of a controversial public figure, especially one who gleefully ran forums dedicated to posting stolen images of young people intended for others to perv off on.

To the rest of the world, banning Gawker links ultimately makes the moderators look bad and out of touch, because people either don’t understand Reddit’s culture, or simply don’t care about the site’s “structural integrity,” especially when it comes to nasty, personally invasive, and borderline illegal places like r/creepshots.

In a screen grab from a private Reddit forum frequented by Reddit’s staff and top volunteer moderators, violentacrez, posting under the name “VA_11102012” said:

“I really didn’t delete my account because of the [doxing]. I deleted it because of the admins support for [r/ShitRedditSays] and the way they behave, and the things they do. As much as I love reddit and the people here, I just don’t want to be associated with a site that’s managed this way. I’m sure the admins feel the same about me, so it’s an amicable parting of ways.”

/r/ShitRedditSays, for those out of the Reddit loop, is a community that battles homophobia, racism, and other nasty speech on Reddit, and has advocated much stricter admin intervention on the site as a whole.

3. Chen did not blackmail violentacrez.

This is the most bizarre rumor to come out over this whole affair, and is a mistaken conflation of two completely separate events: The head moderator of r/creepshots, CreeperComforts, was essentially blackmailed. Someone threatened to reveal his true identity unless he shut down the subreddit. But that’s the only blackmailing going on. As violentacrez has said through his alternate account: “Chen did not in any way blackmail me into deleting my account. In fact, he specifically said deleting my account would have no effect on his decision to publish.”

Violentacrez had mentioned suspicions of ths in private messages with another redditor which were later made public. But he’s since called that “idle speculation.” He added: “I have no idea who gave my [personal information] to Chen.” Violentacrez has revealed personal information in the past, including his approximate age (50s) and place of residence (Dallas, TX). He’s also organized Reddit meetups, meaning that there are likely numerous people who can tie his pseudonymous identity to his real one.