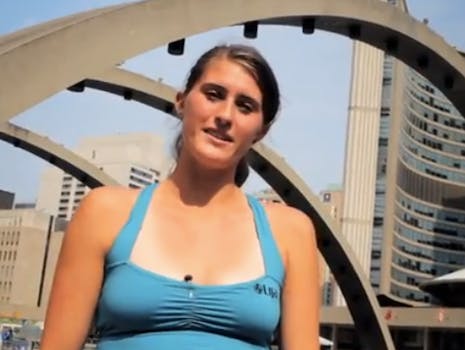 Rebecca Marino is walking away from the game she loves because of bullies on Twitter.

On Wednesday, Marino announced that she would be leaving professional tennis. In 2011, the Canadian athlete was ranked 38th in women’s tennis, after a spectacular rise that saw her as low as 192 a year earlier. She was twice named Female Player of the Year by Tennis Canada.

But Marino’s personal achievements were torn down by bullies and critics on Twitter, an increasing problem for athletes who are active on the social network. Just last year at the Olympics, swimmer Rebecca Adlington temporary dumped Twitter so that she could focus on competing. And in September, English soccer player John Obi Mikel left the site for good after a series of racist and repulsive messages.

“With professional athletes, people put them on a pedestal sometimes, and they forget that they’re actually a person still,” Marino told The New York Times in a recent interview, days before she announced her departure from the sport.

Even though Marino was an internationally known tennis star, her Twitter – which was deleted on Monday, along with her Facebook account – was just like any other 22-year-old woman’s. She tweeted about chocolates, friends, and manicures with her mom. Unfortunately for Marino, most people didn’t see that normalcy.

“Things were being written about me, and I’m quite sensitive about that … and I’m quite nosy, so I’ll look it up. And then I’ll realize I shouldn’t have,” she said. “They’ll say, ‘You gave that match away, you cost me such-and-such amount of money, you should go burn in hell,’ or ‘You should go die.”

The New York Times story was published on Sunday, as Marino prepared in Memphis, Tenn. for what would become her final tournament on Tuesday. On Monday morning she linked the story and a few hours later sent three tweets addressing the social media critics. Although her account has been dissolved, the tweets were preserved on TennisTweets.com.

“Some people think I’m too sensitive,” she wrote in her final tweet. “I disagree; I’m just being human.” 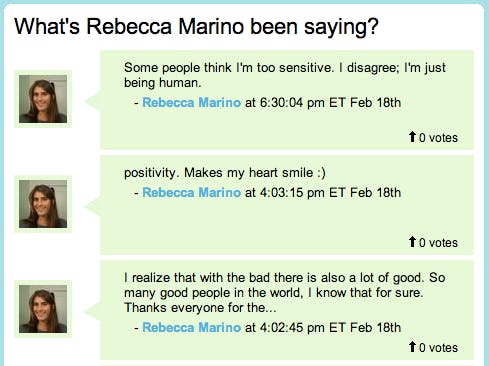 The day after her final match, she held a conference call with reporters in which she announced she was leaving the game. During the call she cited several reasons for her departure, including the fact that she has been dealing with depression for nearly six years and that “social media has taken a toll on me.”

This isn’t the first time Marino has left the game because of distractions off the court. In 2012 she took a seven-month hiatus, before returning in late summer.

“The messages of support are amazing but you do have the chance of someone saying something that is going to be annoying. You don’t want that added stress. You don’t want to be thinking about that. I think I will just Tweet once it is over,” she told The Guardian.

Unfortunately for tennis fans, the added stress of bullies online has sidelined one of the sport’s rising stars.