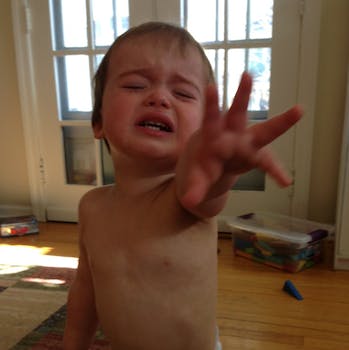 There are many reasons why a baby boy might cry. One parent has turned to Tumblr to capture all of them.

The milk was in the wrong cup. Mom bit his chunk of cheese in half. The yogurt was bad. The milk wasn’t juice. His grandmother wouldn’t let him throw a big cup of ice in her face at a restaurant.

There are many reasons why a baby boy might cry. One parent has turned to Tumblr to capture all of them.

In the week-old Reasons My Son Is Crying, a nameless toddler with dirty blond hair and a penchant for breaking out the waterworks shows that pain and suffering are hardly the only reasons a child might devolve into full-on faucet mode. It might just be that he’s out of pretzel sticks and he really wants some more pretzel sticks.

Here’s a quick run through of every reason why this cute little kid may have cried in the past week.

Photo via Reasons My Son Is Crying/Tumblr