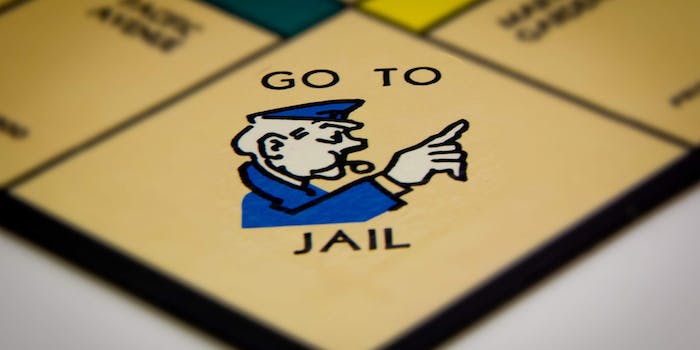 Paul Knight of England is not about to be a successful criminal any time soon.

It’s not often that you find a criminal so stupid that you almost feel bad seeing him carted off to jail. Paul Knight, 25, fits that bill.

The young British man mugged a woman in the street in an effort to pay off a £500 debt he had incurred from his cocaine habit. He successfully made off with her purse after a scuffle that left her severely traumatized, but he lost his cell phone in the process.

What would you do in Knight’s situation? Probably not what the amateur criminal did. He called the police to inquire about his own missing cell phone, which instantly led to his arrest.

Knight’s own lawyer, Tony Hawks, had to admit that his client was “stupid.”

The defendant attacked a woman who was with her husband, he didn’t disguise his identity, he had no weapon, he was incompetent enough to drop his mobile phone, and then sufficiently stupid to go and inquire with the police where his mobile phone might be.

It does not suggest someone likely to make a successful career as a street robber.

Knight’s carelessness has landed him in prison for two years and four months after pleading guilty to robbery.