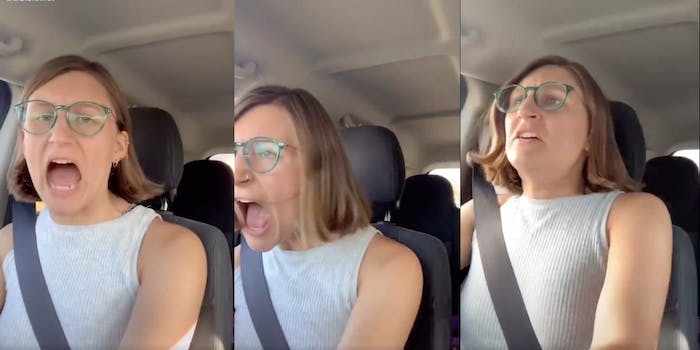 'What would possess someone to make this video and then post it voluntarily.'

A woman is being mocked online for filming herself melting down after learning of the passing of Ruth Bader Ginsburg.

The Supreme Court justice’s death, which came during an already politically tumultuous year, led to widespread mourning and remembrance online.

While most expressed their condolences respectfully, others received criticism for what was seen as out-of-touch reactions.

One woman was mocked after filming her intense response to Ginsburg’s passing in a video that many argued was more about gaining attention than a genuine response to the tragedy.

“Don’t understand even a little bit what would possess someone to make this video and then post it voluntarily,” @kimpossiblefact said.

The woman was also criticized for complaining in the video that Ginsburg did not survive until after the 2020 election.

As you’d expect, the footage became a meme fairly quick. In one example, footage of a car crash was added to the end of the clip.

“Can this year get any worse?” @firagawalkwthme quipped.

The video also garnered attention on Reddit, where users debated over whether the video was actually a joke.

It appears the TikTok account that originally uploaded the video has since been deleted.

But the woman would not be the first person to be mocked for their response to Ginsburg’s death.

Another woman was also mocked after claiming that her 10-year-old daughter said “Ruthkanda Forever” upon hearing of the news. The tweet was accused of being insensitive and many questioned whether the claim was entirely fabricated.