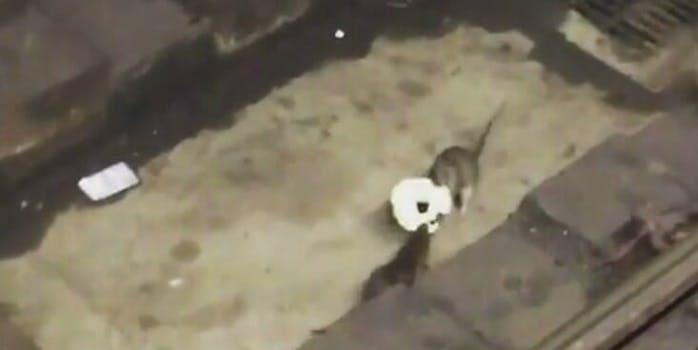 You’re waiting for the subway in the morning, and you’re probably hungry. What do you do if you see a free bagel just sitting there, waiting to be eaten? What if somebody else spots it at the same time and tries to wrestle it away from you? Do you give up, or do you fight?

Well, if you happen to be a rat, you pull on that chewy carbohydrate-loaded breakfast for all your worth until you get what you want and get what you damn well deserve. That’s the lesson to be taken from the video below when two ravenous rodents battle over one of New York City’s culinary delights (we already know what happens when a rat wants a slice of pizza).

Say this for the rats. Once the fighting was finished and the outcome had been recorded for all the world to see, they could take solace in the fact that their fight was a fair one—and it was one that ended with both sides getting a piece of the pie.