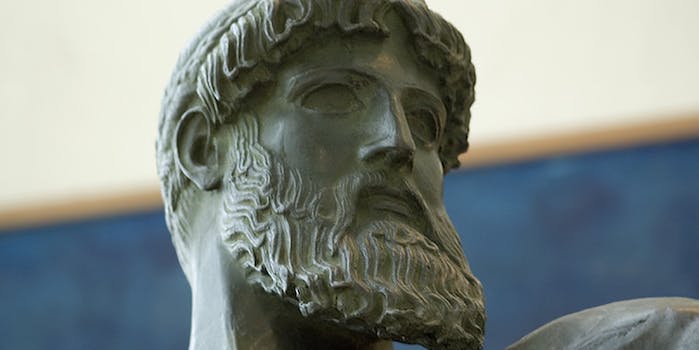 The real problem with the fall of Rap Genius

The real issue is that Google is the only game in town.

You may have already heard what happened to Rap Genius last week. A Web developer caught the lyrics analysis site in an elaborate scheme to ensure that links to its pages topped the Google results for rap and pop lyrics searches. To penalize the site for its shady dealings, Google knocked it far down in the rankings, even in searches for “rap genius.”

Rap Genius responded with the sort of Janus-faced apology that’s been standard operating procedure on the Internet in 2013: Yes, we did something wrong, but most of our competitors are doing it, too. The apologetic half would sound far more genuine were it not paired with a rationalization. The rationalization would make for a pretty reasonable point had it come from just about anyone else.

With news sites splitting their time between enjoying Rap Genius’ comeuppance and speculating on whether the move will kill them outright, an aspect of the story that’s taken largely for granted is Google’s Zeus-like power to strike an offending site with lightning.

That isn’t to say that Rap Genius was in the right, or that Google abused its power in taking the site down a few notches. If a site wants the benefits of search visibility, it should be prepared to play by the rules of search providers. If search providers want sites to obey their rules, they have to be prepared to penalize those that don’t. Rather, the problem is with the online market, and the way in which we’ve allowed a few powerful services to grow into gatekeepers for the rest of the Internet.

To understand why that’s the case, it’s important to acknowledge that one of the more enduring difficulties created by digital media is the way in which it conceals. That leads to a number of problems variously termed “visibility” or “discoverability,” but which can be illustrated by imagining that you’re in the waiting room of a doctor’s office, looking for something to read. Because print magazines are physical objects, each one asserts its own presence simply by virtue of the space it occupies. One may get buried under the others, or slip behind a chair, but it should be easy to sort through them to find one that interests you.

What happens, though, when you copy those magazines into the virtual space of a tablet or smartphone? Since they no longer take up a discernible physical space, there’s no obvious way to sort through them—unless, that is, someone builds one. Without the reader app on your device, it would be significantly more difficult to find the magazine you want; without some basic menu functions, you’d be unable to access them at all.

Most of the interfaces we deal with on digital platforms are just that: solutions for sorting information in a way that makes the concealed accessible to humans. Menus work well enough when you’re dealing with a dozen magazines or so, but when you’re dealing with millions of pages, you need a more powerful way to sort and index all that information.

That’s where search engines step in. They’ve long since proven themselves as an effective way of navigating the wealth of sites and pages on an ever-growing network, but they’ve bred a reliance from which even the sharing economy of social media has failed to wean us. To an unsettling degree, we’re dependent on search, and more and more over the last 25 years, that’s meant a dependence on a single search provider.

Before Google achieved dominance, there were dozens of options—like Lycos, Infoseek, and the recently departed Altavista—each delivering a slightly different view of the Web. Some of the early contenders are still around, but none comes close to the market share held by Google. In 2013, it handled slightly more than two-thirds of the searches conducted on the Web. Even sharing search results between them, Yahoo and Microsoft’s Bing only managed about 11 percent and 17 percent respectively, with everyone else netting single-digits or a fraction of a percent.

Google’s gotten there by maintaining a nimble and reliable search algorithm, which might make this seem like an example of fair competition producing a clear winner. That’s an immense amount of power to concentrate in a single company, though, and it has consequences for how the Web as a whole operates.

One consequence is what we’ve seen happen with Rap Genius: When Google turns against a site, traffic drops off precipitously. While that may be an inducement to Rap Genius’ competitors to tread carefully when it comes to creative strategies, it’s also a reminder of why they game Google in the first place. For most consumers, searching means Googling, and that means commercial sites must fight for the same real estate: the first page of Google results for relevant keyword searches.

The tactics for achieving that goal have spawned a niche industry around Search Engine Optimization (SEO), and modern SEO is concentrated almost wholly on keeping up with Google. Competition is so fierce that Google periodically changes how it ranks links in order to keep sites from voluntarily deforming their pages to gain an SEO advantage. Otherwise, many sites would build pages that play better to Google’s algorithm than they do to their human audiences. That would be bad for audiences, bad for the sites that produce worthwhile material, and bad for Google since its reputation depends on its ability to connect the two.

With a more balanced market—one where Google’s market share was balanced against at least two or three near equals—there would be less incentive for sites to lean so heavily on Google-specific SEO practices. That might not stop bad faith players like Rap Genius from trying to game the system, but it would mean that fewer reputable sites would feel that their survival depends on how well they play Google’s game.

The tricky part is getting to that point. We can cross our fingers and hope that a few competitors build search engines and marketing campaigns capable of putting a dent in Google’s hegemony over the search market. In the meantime, though, we may be better served by looking for a composite approach that balances our reliance on Google against strategies that open alternate portals into the vast wealth of the digital world.