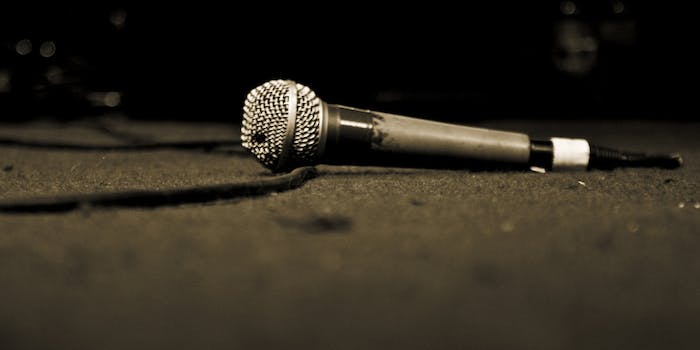 Rap Genius' defense: All our competitors are worse.

Sometimes, the rules of the Internet are incredibly simple to grasp. First among them, don’t mess with Google.

The operators of the popular song lyrics database Rap Genius learned this the hard way after Google caught on to an attempt by the site’s management to use scam links to boost its ranking in searches. According to data from Web traffic measurement firm Quantcast, over the past two days, RapGenius’s number of daily unique pageviews has decreased by 65 percent as a result of Google’s wrath.

The saga started on Monday, when Web developer John Marbach wrote a blog entry about a suspicious post on Rap Genius’s Facebook page seeking what it called “blog affiliates.”

Marbach wrote that he sent an email to Rap Genius inquiring about the opportunity and co-founder Manbod Moghadam responded with the details. Essentially, Rap Genius would send a tweet out with a link to a blog post written by Marbach if Marbach pasted a bunch of links to Rap Genius listings of Justin Bieber songs at the bottom of his post.

It’s theoretically a win-win situation. Marbach’s blog post would likely gain an expanded readership from the over 130,000 people following RapGenius on Twitter. Since Google’s much-vaunted search algorithm uses the the number of links going to a webpage as a major determinant of how highly to rank that page in its search results, the links on Marbach’s blog would benefit Rap Genius in the long run by increasing the site’s overall search visibility.

There was only one problem with this plan: Google doesn’t take kindly to these sorts of attempt to game its search results.

It looks like Google did more than just investigate. As of December 26, three days after Marbach’s post went live, a Google search for ‟Rap Genius” doesn’t return any direct links to the site in the first 10 pages of results.

In an open letter to Google posted on its site, Rap Genius’s founders admitted they violated Google’s terms of service, but argued their actions weren’t any worse than those of the company’s competitors. ‟We effed up, other lyrics sites are almost definitely doing worse stuff, and we’ll stop,” wrote Rap Genius’s founders. ‟We’d love for Google to take a closer look at the whole lyrics search landscape and see whether it can make changes that would improve lyric search results.”

Rap Genius is a wiki-esque, user-created repository not only for the lyrics of popular songs, but also for in-depth analyses of the meaning of those lyrics. Since its founding in 2009, the site has grown quickly, assisted by the $15 million it received last year from venture capital firm Andreessen Horowitz. Now it even goes as far as inviting rappers like Kendrick Lamar and Snoop Dogg on board to write explanations of their own lyrics.

The inability to find Rap Genius on Google has infuriated much of the site’s passionate user base—at least those who have never heard of Bing (on which it still features prominently). Rap Genius’s Twitter account has been flooded with complaints from irate users angry about about not being able to find RapGenius results on their favored search engine. Rap Genius has been directing them at a rate of one every few minutes to register for the site and then search for the songs directly.

Sites like Rap Genius, which rely heavily on search engine referrals for traffic, are particularly vulnerable to having their businesses disrupted when Google starts routing traffic to other sources.

A large portion of Rap Genius’s pageviews come from people typing something like ‟Blurred Lines lyrics” into Google and having Rap Genius’s page be one of the first things that comes up. Until this week, RapGenius has earned plaudits from industry experts for its ability to please Google’s algorithm. In an Billboard article entitled ‟How Rap Genius Won The SEO Game,” Ian Lurie, CEO of Internet marketing agency Portent, noted approvingly that, ‟their site is very fast. It’s very well-built. And it has very high-quality in-bound links, which means high-quality sites are linking to it. They’ve given it every advantage.”

Google itself has penalized various Google departments over the years over link violations. While Rap Genius acted in a fairly stupid, dumb manner, that doesn’t take away from the bigger issue that this stuff just gets harder and harder. And it’s not “SEO” stuff. As sites do things like native advertising, or more social promotions, they might find themselves stumbling into some Google violation they never imagined would be an issue.