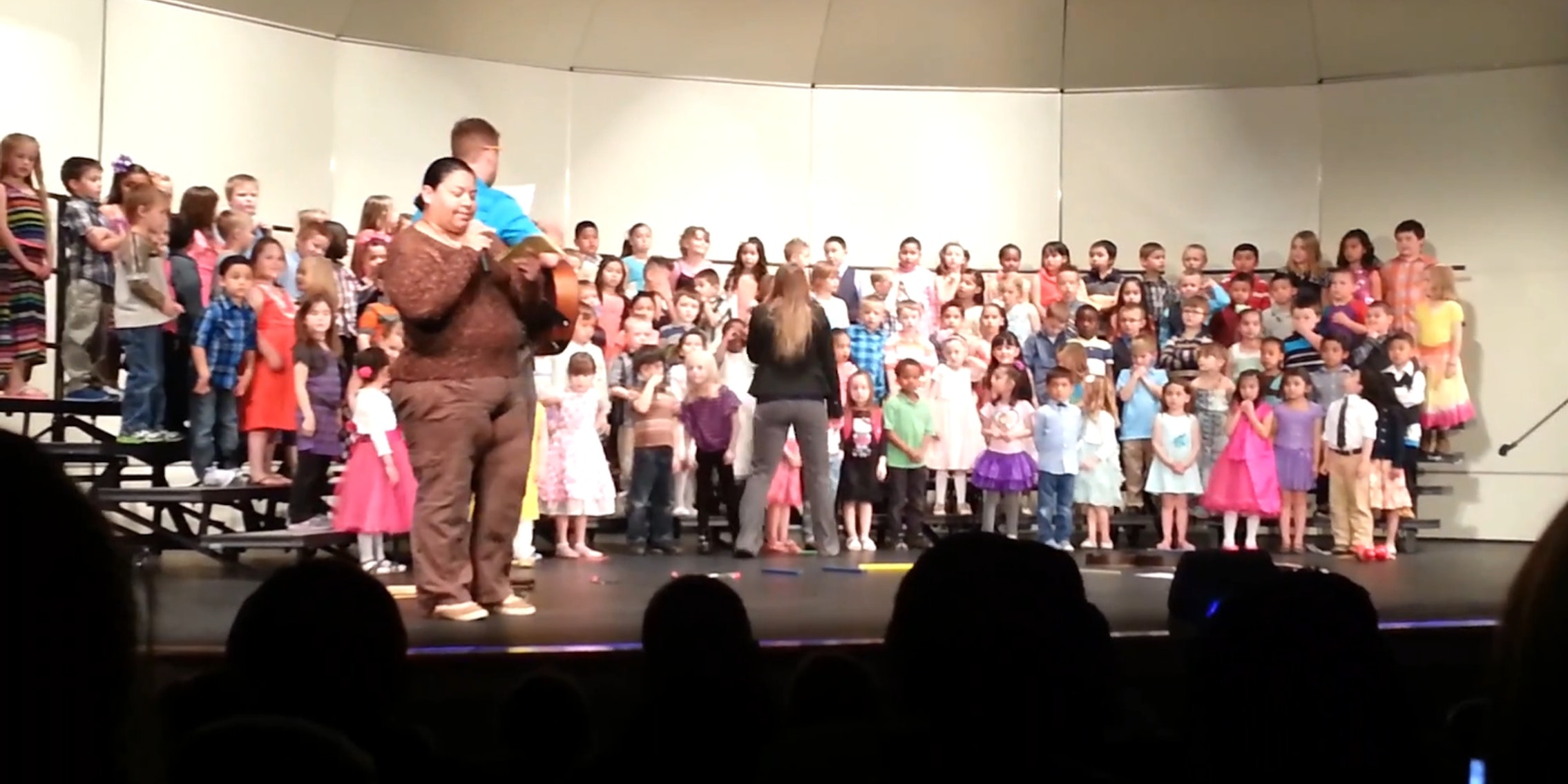 Why on Earth would anyone think this is acceptable behavior?

On the list of ways to act like a dick in public, interrupting a kindergarten concert to yell racist complaints must rank pretty high.

Jeremy Golumski was attending his son’s kindergarten concert when a man in the audience took issue with the concert being announced in Spanish. The man began to shout “English only! USA!” until he was physically removed from the hall, as other audience members looked on in disbelief.

Golumski explained in the YouTube video’s comments that his town is multilingual and that the concert was presented in both English and Spanish.

According to a 2013 Pew Research Center study, there are more than 37 million Spanish speakers in the U.S. Plenty of kids grow up in multilingual homes, and learning more than one language is unequivocally a good thing.

Also, yelling at a kindergarten concert officially makes you simply The Worst and will definitely not endear you to your neighbors.