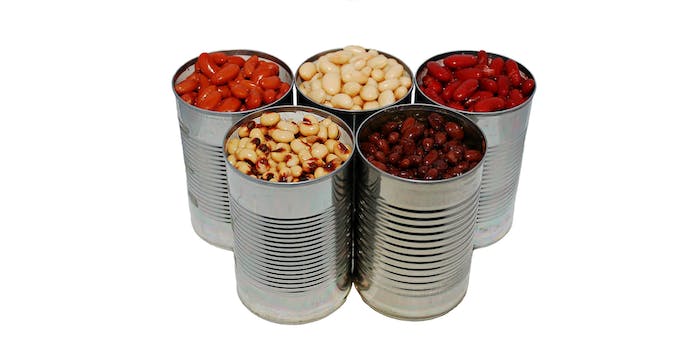 A Reddit relationship story in the age of the pandemic.

A slew of interesting quarantine stories are sure to be spawned from all the couples who are hunkering down together. And there’s no shortage of those stories already being posted in the Relationship Advice subreddit.

Take this one for example:

One redditor turned to the subreddit to report that his girlfriend took their entire stash of canned beans and buried them in the woods. Obviously a fight ensued.

The redditor ordered 30 cans of beans and 15 cans of chickpeas. (It’s important to note that officials warn against hoarding food.) The redditor only noticed the beans went missing after attempting to make vegetarian chili. After asking his girlfriend, she fessed up to burying all 45 cans in the woods behind their apartment.

To be fair, his girlfriend had only pure intentions and simply wanted to “protect the beans.”

“She told me she was afraid that ‘if things get bad’ we might have to worry about ‘looters or whatever’ and that the beans would be in danger of being stolen,” he recalled her saying.

They began fighting because the plan was “too insane for” him, and she refused to tell him where the beans were out of fear he would dig them up.

“How can I convince her to tell me where the beans are? And do you think I should convince her to get therapy or something or should I break up with her? … Is this normal for a girlfriend to bury beans or otherwise hide them?” he concluded.

Some were on the girlfriend’s side, even theorizing that she, in fact, is trolling him, considering he was the one who bought the stockpile.

Some worried about the state of her mental health amid the pandemic.

Most, however, decided to focus on the funny side of things.