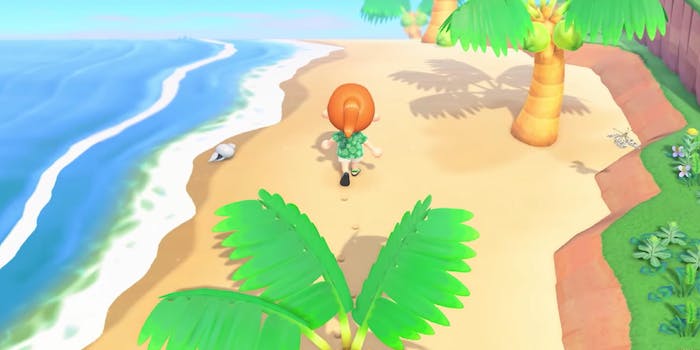 This redditor seems to think so.

After observing her boyfriend visit another girl’s island in Animal Crossing New Horizons, a redditor has questioned whether it constitutes as cheating.

“My (f26) boyfriend (m28) is visiting another girl’s island a lot in animal crossing,” redditor u/rachaisme wrote. “Is this cheating? Like every day. And I customized a nice hat for him but I’ve never seen him wearing it, but I noticed he had a new hat today and he said one of his ‘friends’ made it for him.”

The inquiry, originally posted to the is r/relationship_advice subreddit, has since been removed by moderators for unknown reasons. It was reposted to the poplar @reedditships Twitter account, though.

As bizarre as it may sound, responses to the Reddit post, suggest that it does constitute as cheating (in the relationship, not the game).

“Cheating?” redditor u/atastycooky wrote in response. “This is much worse. It’s on par with abuse. If you have a gf, you should only be going to her island. Like you can say ‘oh I’m just hanging out’ but we know what you’re really doing bro. Dump him.”

While some suggested dumping him IRL, others focused on in-game retribution.

“This guy is a truly heartless bastard.” redditor u/Fixer81 wrote. “There’s only one option, cold justice. Burn his island to the ground and unleash a swarm of tarantulas upon him. Let him suffer in his infidelity.”

For users (and readers) considering whether this was a legit post, after reading through the litany of facetious responses, there was a simple answer.