A public service announcement about the dangers of stolen tweets

Folks, it is with considerable chagrin that I must preempt the LOL section’s scheduled posts about sea turtle photobombing and sexy grilled cheese sandwiches to address an Internet matter of the utmost seriousness. I’m speaking, of course, about stolen tweets.

To be clear, when I say “stolen tweets,” I don’t mean when one person tweets an OK joke and then a second person tweets almost or exactly the same sequence of words; let the wannabe stand-up comedians of the world worry about this sort of petty plagiarism. No, I mean those tweets that, once they’ve been tweeted, are then re-hosted somewhere else, with full attribution for the author, as a way of saying: “Here’s what one person with an opinion tweeted, on the Internet, in front of everybody.”

Nothing could be more evil, of course.

Sadly, the Daily Dot’s own journalists are often guilty of this heinous crime. Most recently, it was reporter Aja Romano who disgraced herself in this manner, shamelessly quoting Twitter user @amaditalks on the subject of the sexism baked into Marvel’s line of Avengers: Age of Ultron toys. How dare she reiterate something meant for @amaditalks’ intimate audience of nearly 10,000 followers, and those 10,000 close friends alone! Rest assured that Romano has been fired from a cannon into the sun for this offense.

Here’s what @amaditalks had to say about the brazen breach of ethics: 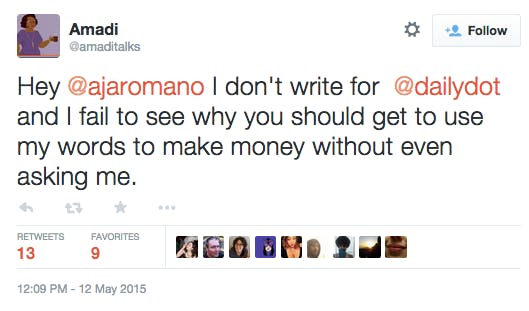 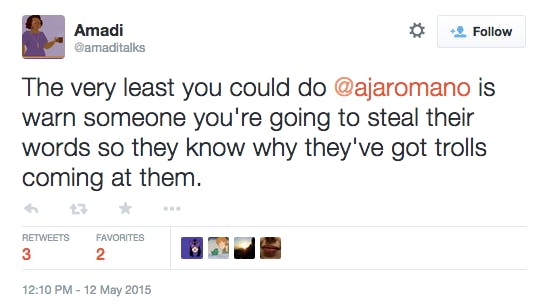 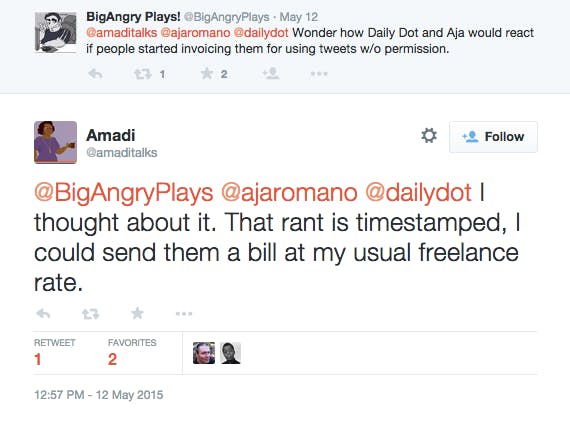 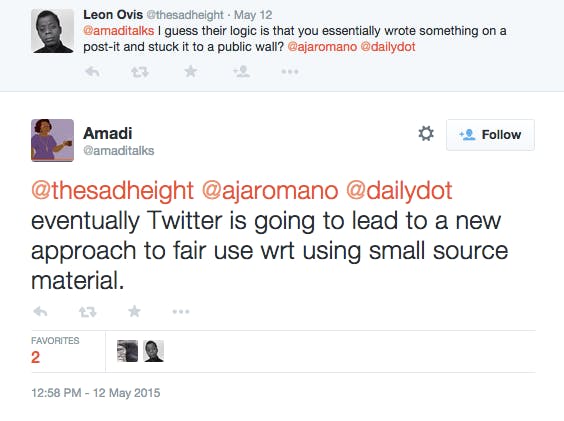 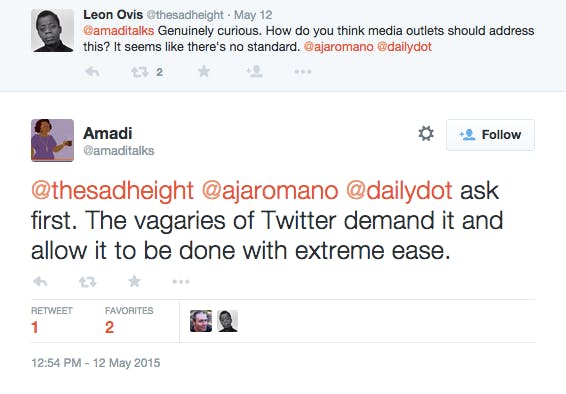 Damn! I just stole those tweets—not setting a great example here. But bear with me, will you? Because this is an ongoing problem for our company, as a prior scandal involving Lifestyle editor EJ Dickson made plain: 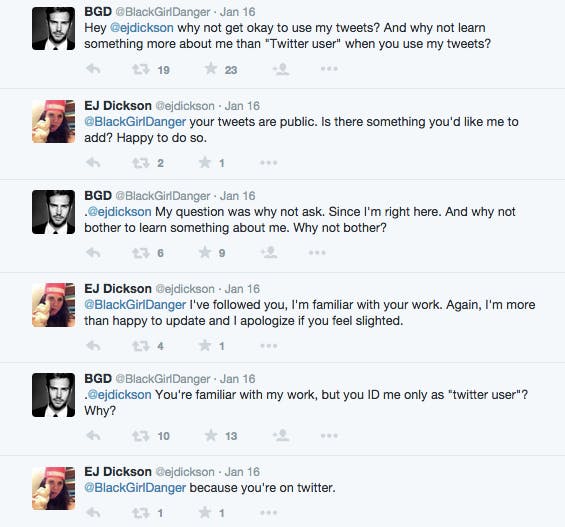 This, of course, is just the tip of the iceberg. As @amaditalks repeatedly pointed out, and as most of our clickbait articles attest, the Daily Dot has long and greatly profited from other people’s words. Honestly, we’re so rich now that we may close the site and spend the rest of our days swimming in these mountains of cash we’ve amassed, like a bunch of Scrooge McDucks.

But where would that leave @amaditalks? It’s only right that she be compensated for the effort it took to publicly state what she would have publicly stated regardless of our existence or inclination to broadcast it to a wider audience. To set things right, we hereby offer her the standard Daily Dot freelancer rate of $20 per hour for her invaluable contribution to the site. Working from the generous estimate that it takes @amaditalks approximately five seconds to shepherd a tweet from concept to execution, that comes out to … two cents per stolen tweet.

Worth every penny, we say.

Have your tweets been stolen by the Daily Dot or another nefarious new media website? Let us know in the comments! We shan’t rest until all have seen restitution for the unforgivable error. And we promise to never embed, screenshot, or retweet another tweet again. It’s just plain wrong.

Also, the lawsuits are really piling up.