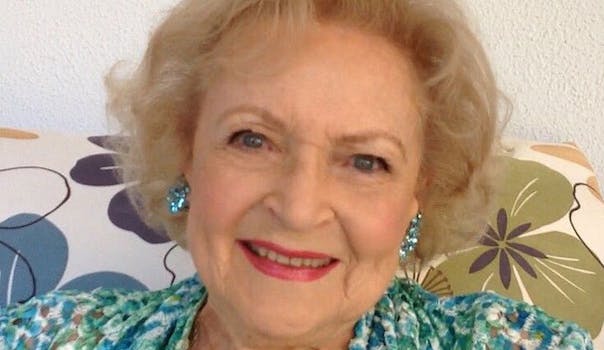 Someone is raising money to ‘help protect Betty White from 2016’

No one wants to see another celebrity death this year.

Death is a part of life, but it’s been an especially big part in 2016. The high number of celebrity deaths this year is probably just a coincidence, made worse by the human tendency to look for patterns in everything. A year doesn’t have agency. A period of time doesn’t kill people.

Still, 2016 needs to keep its grubby hands off of Betty White.

Fans of the 94-year-old actress and national treasure are raising money to “protect Betty White from 2016,” because they feel the only thing that would make this bleak year bleaker is losing the last living Golden Girl.

A fan named Demetrios Hrysikos asked for $2,000 on GoFundMe to fly to White’s location and make sure nothing happens to her for the rest of the year—if it’s OK with her, of course. He’s raised $2,400 so far.

If White declines his help, he says the money “will be donated to the Spartanburg little theater to help craft new stars of stage and screen to carry mantle of the legends that have left is this year.”

White has long been a cause for internet petitions. In 2010, the masses successfully demanded (via Facebook) that she be allowed to host Saturday Night Live.

We’ll see if she feels the same way about her new volunteer bodyguard.