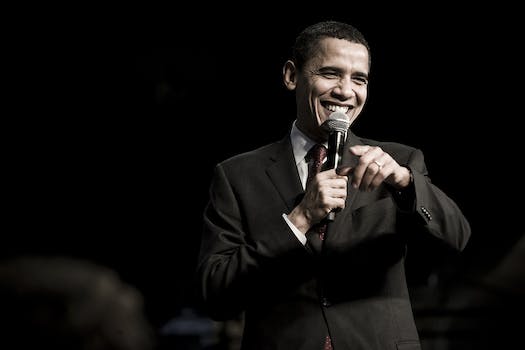 This might’ve been the sentiment had President Obama enlisted Oprah for his latest announcement, but alas, another missed opportunity.

To get serious for a second, though, Obama made huge waves in the world of education this week, when he revealed his proposal for what’s tentatively being called “America’s College Promise,” which would allow American students to attend two years of “free” community college, as long as they’re “willing to work for it.” “It’s something that we can accomplish, the president declared. “And it’s something that will train our workforce, so that we can compete with anybody in the world.”

Right now, the White House estimates that “America’s College Promise” would save students approximately $3,800 per year in tuition, with as many as 9 million Americans benefiting from it. Comparatively, independent estimates find the average two-year college program to be around $3,700, while College Board puts the average yearly tuition for a four-year school at just over $3,300—or over $11,000 including room and board. As for eligibility, Obama’s plan would mandate that students maintain a 2.5 GPA or higher, and also “make steady progress toward completing their program.”

To put it lightly, “America’s College Promise” is a big deal, but no matter how great Obama’s new proposal is, it’s essential to remember that America’s education woes cannot be solved in one fell swoop.

Giving American students two years of community college for free may solve some problems, but it’s also likely to create some. For instance, one can already hear rallying cries of “socialized education” ready to impede the whole process. That said, the Obama administration has indicated they hope for bipartisan support on this issue, based off programs like republican governor Bill Haslam’s Tennessee Promise program, which similarly mandates that any Tennessee high school graduate is eligible for two years of free community college tuition.

But partisan politics aside, it is key to keep in mind that government subsidies for community colleges aren’t likely to be cheap. From a budgetary perspective, there is a legitimate concern about how much money community colleges will need to keep their doors open for students looking to get two years of education for the cost of zero. That’s not to say that the money isn’t worth spending. But at least from a tax perspective, there are definitely logistical hurdles to cross. As it stands, Obama’s plan has federal funding covering two thirds of financial support for students who wish to enroll in the program. However, the rest of the cost will fall onto participating states to produce.

More importantly, however, assuming the government can find a way to make this two year program work, they must still find a way to make it work for those who need it more than anyone else. As Politico’s Allie Grasgreen notes, “the program could end up doing more for less needy students than those who need it the most, because low-income applicants may already be covered by Pell grants and other federal aid.”

Meanwhile, the Institute for College Access and Success has taken a hard line against Obama, calling the program a “Wolf in Sheep’s Clothing.” “In addition to providing resources where they are not needed or needed less, these free-tuition plans are also ticking time-bombs,” the Institute argues. “They signal that tuition is all that matters and flat-out ignore the other costs of attendance that determine whether students can get to campus, whether they’re focused on the material or how to pay for their next meal while in class, and whether they have a place to sleep at night.”

Moreover, even if the students who need this program the most do benefit from it, and even if it helps offset the other overhead costs that attending college comes with, that still leaves the obvious cost of education beyond the covered two years. Let’s start with the fact that for one thing, plenty of students start at community college with the aim of transferring to different schools to complete their education. Obama’s plan dictates that participating community colleges make every effort to “fully transfer credits to local public four-year colleges and universities.” Nevertheless, providing two years of community college for free is still likely to shake up the credit systems that are in place, making it more challenging for universities to accept transfer students who want to continue their education.

But the real kicker here is that the cost of higher education at the non-community college level remains poised to stay the same, or continue to get even higher. Does that still make make Obama’s plan worthwhile? Absolutely. Many students will benefit greatly from two years of free education and come out far better prepared for the working world for it. However, that doesn’t mean that most universities in this country won’t still be systematically engineered to ensnare students into as much debt as possible and keep them paying off their student loans for the rest of their lives.

Obama has addressed this in the past, but for now, it remains a problem from top to bottom. Two free years of community college or not, there will always be students out there who want to get the best education they can, and that will mean at some point, going to more expensive universities. And as long as those universities are a breeding ground for debt, higher education in America is going to be somewhat broken.

But forget about community college, private schools, and state universities alike for a moment. The real issue here is finding ways to provide the best education possible for young people in whatever field they choose to enter. That means a greater emphasis on trade schools, too, where a more specific kinds of learning can be implemented. Fortunately, Obama did say that participating community colleges will be pushed to put a greater emphasis on vocational programs as well, and the White House has also indicated that on Friday, Obama will announce the new American Technical Training Fund, which is set to “expand innovating, high-quality technical training programs across the country.”

Then there’s online education. For the moment, there’s still a lot of stigma around getting a degree “from the Internet,” as it were, and this is a backwards way of thinking. To fix education, we not only have to change these preconceived notions, we have to place a greater emphasis on digital literacy as a whole. Fundamentally, there are some things you will never be able to learn online; there are some experiences you will never be able to have outside of the classroom, as the social component of college is lacking in online education. However, with the rest of our “real” lives increasingly based around our “digital” ones, we must also ensure that online education is able to provide the same kind of quality tutelage that you would find in any other university.

It shouldn’t be that hard to do. Any college worth its salt already offers certain classes which are online only. But the emphasis here shouldn’t be on offering online education as a substitute, or worse, a last resort. It should be about meeting the same high standards we expect of all our best colleges in this country.

Now, let’s go back further than college, and consider high school for a moment. Because this is where things start to get really problematic. Standardized testing and up-to-date textbooks have both been thrown into the crucible that is American education as of late. However, on a more basic level, the issue here is that some high schools simply do a better job preparing students for college than others. These are rich high schools, of course, not lacking for money. In contrast, the the poorer high schools in this country remain part of a vicious cycle, never quite achieving the funding they need, never quite able to pull themselves out of their rut.

This is where Obama needs to start if he wants to fix education. The same concerns about his new proposal, in regards to making sure the students who need it most get helped, also apply at the high school level. Providing higher learning for everyone also means providing access to education which will get students headed towards college in the first place, no matter what their socioeconomic background is.

This can seem impossible, especially when you take into account parental involvement; for a student to want to achieve at school, they have to be pushed to achieve at home first. But the next generation of Americans will never instill that belief in their own children if we don’t start getting students ready for higher leading while they’re still in high school. This does not mean that every student must be instilled with the belief that they have to go to college. However, it does mean fostering the kind of environment that helps students figure out whatever they want to do after they graduate.

“America’s College Promise” is a great idea: a truly, truly remarkable first step, one that could and should become a part of President Obama’s greater legacy, if executed correctly. Examining the gap between education and defense spending alone illustrates why this is true. But while “America’s College Promise” is a catchy name, it’s only a start. Making sure that every student in America believes they have a chance at something greater, community college or not, will take much longer.