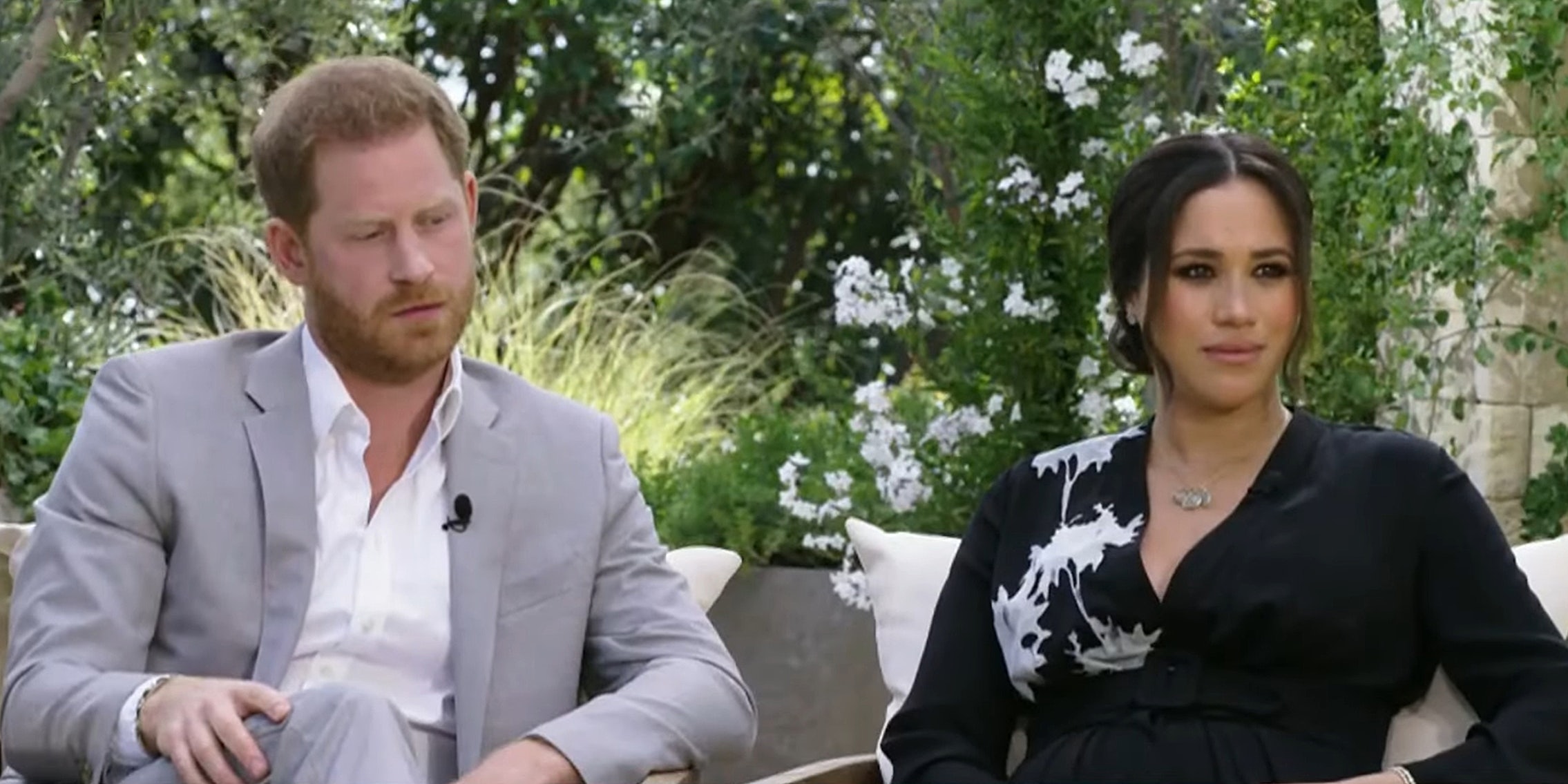 Markle and Harry told Oprah about the racist abuse and harassment they faced.

When Meghan Markle and her husband Prince Harry, Duke of Sussex sat down for an interview with Oprah Winfrey, no one expected the British royal family to come out looking good.

In the days leading up to the interview, the British tabloids overflowed with stories designed to paint Markle in a negative light, suggesting a preemptive strike against whatever she might say. And on Sunday night, we found out.

The interview revealed toxic rifts within the royal family, with Markle saying she felt suicidal as a result of racism and abuse from the British media and the palace institution itself. Among other unpleasant details, she said there were “concerns” among Harry’s relatives about the skin color of their baby son, Archie.

Markle said she and Harry were blindsided by the news that Archie wouldn’t receive a royal title or have paid security like other members of the royal family—a decision that held racist undertones, as Archie is the first biracial child in the family. “We were very scared having to offer up our baby, knowing they weren’t going to be kept safe,” she said. Oprah was openly shocked when Markle mentioned “concerns and conversations about how dark [Archie’s] skin might be when he’s born.”

The interview made the royal family and its infrastructure sound almost cult-like, particularly when Markle asked for help with her mental health. In the midst of unrelenting negative media attention, Markle began to have suicidal thoughts and reached out for help or “to go somewhere” and escape the attention. Her request was denied, which led her to feel literally and metaphorically trapped. When she first joined the family, she had to hand over her keys, her driver’s license, and her passport.

In the end, she and Harry decided the only solution was to officially remove themselves from the royal family and move to another country.

During his part of the interview, Harry said that none of his relatives reached out to support him and his wife when they were struggling. “For this union and the specifics around race, there were opportunities for my family to show some public support,” he said. “No one from my family ever said anything. That hurts.”

Harry also revealed that his father, Prince Charles, was no longer taking his calls. Charles is next in line for the throne and reputedly wants to be a more hands-on monarch than Queen Elizabeth, who has a largely ceremonial role.

Markle added that when the palace canceled their security detail in response to the couple stepping down as full-time royals, she wrote personal letters to Harry’s relatives, saying, “‘Please keep keep my husband safe. Please don’t pull his security.’ And they said it’s not just possible.”

There were real concerns about their safety at the time, due to the widespread racism and hatred aimed at Markle, encouraged by the tabloid press. When Markle and Harry moved to the U.S., billionaire filmmaker Tyler Perry offered to let them stay in one of his houses with free security for three months. He provided more material and personal support than Harry’s relatives.

To many observers—especially in the U.S.—the story of Prince Harry and Meghan Markle used to sound like a fairytale. But their Oprah interview highlighted just how bad things were behind the scenes. The British tabloid press is already striking back against Markle’s revelations, accusing her of lying, accusing Harry of betraying his family, and publishing generally negative coverage of the couple.

This was wholly predictable considering the way Markle has been treated since the start of her relationship with Harry, and how the British media is obsessed with the royal family in general. On the more conservative side of the political spectrum, the monarchy is inextricably linked with British patriotism. And in this interview, Markle drew direct links between the palace and the media, saying there was an “invisible contract” between the royal family and the tabloids.

Compared to royals like Prince Andrew (who has been accused of sexually abusing an underage girl), Markle and Harry haven’t done anything scandalous since they got together. They smiled for the cameras at public events, supported wholesome charity projects, and were well-behaved compared to older generations of the royal family—and, indeed, compared to Harry in his own youth. Yet Markle bore the brunt of the media backlash and public hatred. Markle’s media coverage was consistently negative compared to the treatment of Prince William’s wife, Kate, with the two women receiving drastically different responses to banal personal choices like clothing and snack food.

There were always signs that Markle wasn’t fully accepted by the royal family, beginning with dog whistles like Princess Michael of Kent wearing a racist brooch to their first official meeting. By the time Harry and Markle decided to publicly part ways with the royals, they saw it as a matter of survival.

“It was like, ‘I need to do this for my family,'” Harry told Oprah. “This is not a surprise to anybody. It’s really sad that it’s got to this point, but I’ve got to do something for my own mental health, my wife’s and for Archie’s as well,” He also described himself as feeling “trapped” inside the royal institution, and only breaking free after he fell in love with Markle. “I was trapped, but I didn’t know I was trapped. My father and my brother, they are trapped. They don’t get to leave.”

This drew inevitable comparisons to Harry’s mother Diana, Princess of Wales. While Diana and Markle’s experiences aren’t directly analogous, they both faced obsessive tabloid coverage and entered the royal family with a certain amount of naivete. Diana’s personal life was invaded and publicized, and she eventually died while fleeing the paparazzi.

“I think she would feel very angry about how this has panned out,” Harry told Oprah, “but ultimately, all she’d ever want is for us to be happy.”