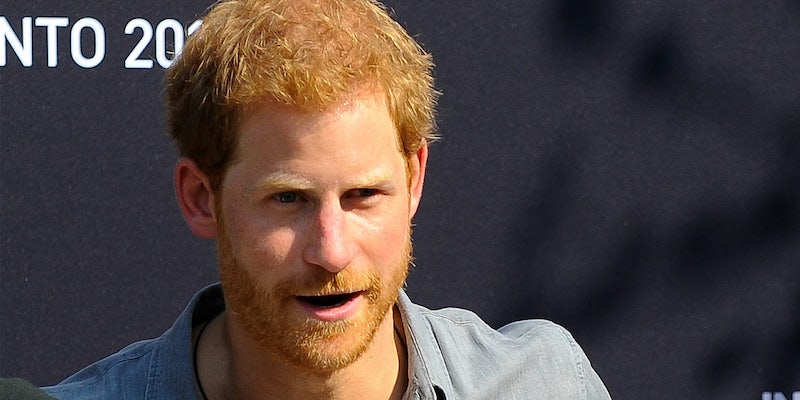 Even the Eagles can't tell them apart.

Prince Harry is fifth (and soon will be sixth) in line to take over the British monarchy. But even though he’ll probably never be England’s king, he announced his engagement to Meghan Markle on Monday. Carson Wentz is the quarterback of the Philadelphia Eagles, and he’s thrown the most touchdowns in the NFL this season while leading his team to the top of NFC conference.

So, both men are having productive years.

Prince Harry and Carson Wentz have to share at least one parent. pic.twitter.com/dAtVG4bceN

Prince Harry and Carson Wentz when they see each other pic.twitter.com/w4wl2hxfd9

Even the Eagles social media team got in on the fun.

"It’s one of those things where every week we just come in ready to work."

And this came from the Twitter account of Torrey Smith, an Eagles receiver who regularly catches passes either from Wentz or the prince.

But the overwhelming evidence has actually been known about for years. Because Prince Harry’s mother, Princess Diana, wore the Eagles colors when she was out and about in the 1990s.