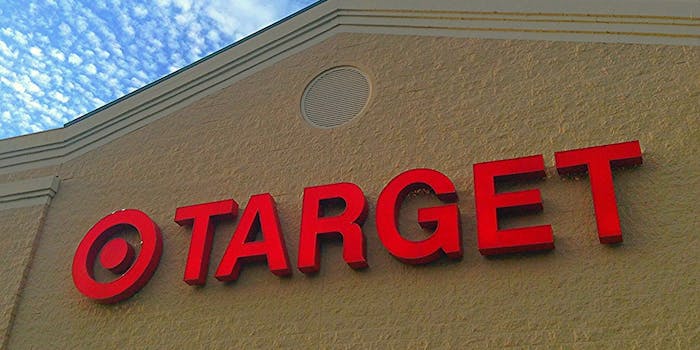 We're going to need a clean-up in aisle four.

This audio played over the sound system of a Target in Campbell, California. Gina Young, a mother of twins, caught the moment on film and of course shared it on her Instagram and YouTube account for the rest of the Internet’s viewing pleasure.

Best part? When the baby starts screaming once the word “cock” is moaned. Talk about some infant penis envy.

According to Young in her video’s description, the music went on for about five minutes until Target employees were able to stop the carnal noises. But they eventually came back soon after. There was reportedly a gamut of responses, from people laughing to others disgusted and covering their kids’ ears.

Looks like some parents might have to be explaining what it means for someone to be “wet” thanks to the vocabulary used over the intercom.