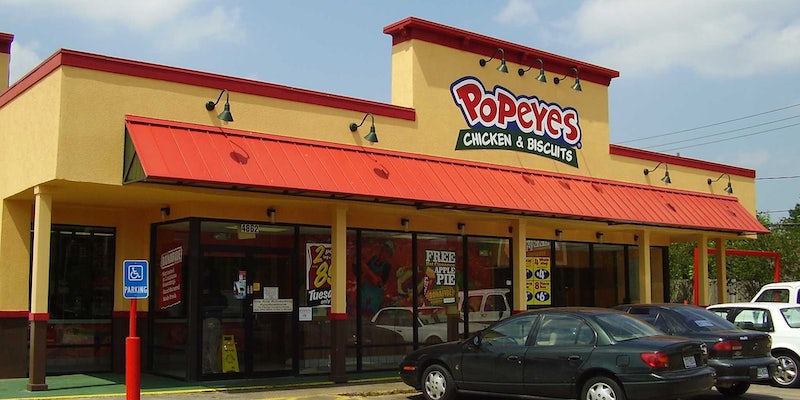 This Popeyes drive-through employee is probably higher than a kite

Usually the person on drugs is on the OUTSIDE of the drive-through window.

Usually when you see someone acting like they’re high at a fast-food chain, they’re on the outside of the drive-through window. But at a Popeyes drive-through in Texas, one of the employees seemed so high he couldn’t even serve customers.

A couple of guys filmed the situation through the window, laughing as the employee ran back and forth inside the restaurant. We feel sort of bad for his coworkers, who had to keep control of the restaurant while he ran around like an idiot. You can hear one of the guys in the car shouting, “Hey, give him some water!” while another Popeyes employee tries to serve them their order.

We’re guessing this guy won’t be keeping his job at Popeyes for long.