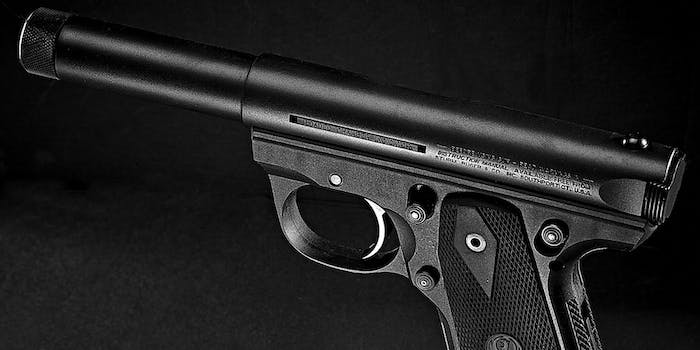 Our courts cannot hold cops accountable for their racist actions.

Why do police officers keep on killing black men? In the past week alone, three men have been shot by police in America, adding on to more than 200 reports of people killed by law enforcement in what analysts have repeatedly called an epidemic of violence.

In Ferguson—the small Missouri town that’s now a synecdoche of America’s racial strife—some steps toward progress are being made. Ferguson Police Chief Thomas Jackson and chief executive John Shaw resigned this week as federal investigators are pushing hard for reforms of the city’s documented practices of racial discrimination in the wake of the release of a scathing reporting carried out by the Department of Justice.

While the ouster of the officials who oversaw the practice of routine racism brings some relief, the protesters that pushed Ferguson into the national spotlight say that a report and a few staff changes are not enough.

“This report was almost like a spit in the face from the government,” Ferguson organizer Alexis Templeton told the Daily Dot. “The truth that hundreds of people have been spewing for over six months finally comes to light and all the people of Ferguson receive is a document stating that people’s experiences may in fact have some truth to it? People risked arrest, their health, their safety, and their lives for over six months just for the Department of Justice to put together a Word document with a federal watermark on it and say, ‘There may have been a reason these folks were standing face-to-face with law enforcement.’ That’s a spit in the face if I’ve never seen one before.“

Somehow, the killing needs to stop. The Justice Department hasn’t ruled out a total reboot of the Ferguson Police Department—but what comes next? In order to stop the violence, we need to look at what’s causing it under a microscope.

Why do police officers kill unarmed black men? Whether it’s Mike Brown, Tony Robinson, or Anthony Hill, the reason is almost always a cop who says, “I feared for my life.” But what causes them to fear for their life when their victim is unarmed?

Lack of experience and training in nonviolent de-escalation practices are one factor. Younger cops are more likely to shoot than their more experienced colleagues. “Incidents in which officers employ verbal and/or physical force diminished with each year of experience gained by the officer,” reads a 2007 report published in the Criminal Justice and Behavior Journal. Most police departments have a minimum age of 21, but for some it’s only 18, and there is no federal age limit for becoming a police officer. Putting guns in the hands of young people barely old enough to drive a car is probably a bad idea, but the problem goes much deeper.

Rockit Ali, a 22-year-old organizer in Ferguson says he can feel the way police look at him underneath his skin. “They just look at us like we’re suspicious just for being here. Sometimes I tell them, ‘It’s okay! I’m only black!’” he told the Daily Dot in November.

“I know there’s this stereotype in their head of the black man as a feral, unpredictable, 800-pound gorilla with super strength, and prone to violence,” he said. “It’s in the way they look at you and talk to you.”

Scientific research even shows that biased judgments based on race can influence split-second decisions that—in the situations police often find themselves in—can mean the difference between life or death. FBI Director James Comey echoed these claims during a speech at Georgetown University last February: “No one’s really color blind. Maybe it’s a fact we all should face. Everyone makes judgments based on race,” Comey said.

Most police officers aren’t card-carrying members of the KKK—although there are some examples of that occurring—and their biases are much more subtle. It’s these innate biases of white police officers that can sometimes cause them to shoot because they’ve seen black skin. The most lethal kind of racism isn’t ignorant songs sung by drunken frat boys; it’s the implicit bias that can sway a cop in a split second to decide a black man is more likely to pull out a gun than a wallet, as four New York City cops did when they shot Amadou Diallo 41 times in 1999.

This lethal bias is reinforced every time a police shooting rationalizes the taking of another human life as a simple cause-and-effect outcome of the victim’s own decisions.

The police officer who shot 19-year old Tony Robinson in Madison, Wisc., said Robinson had pointed a gun at him. Police told the same story in the case of Kimani Gray, a scrawny 16-year old who was shot dead after he allegedly pulled out a gun and pointed it, unprovoked, at two plainclothes police officers in Brooklyn, Ny.

Cleveland police opened fire on 12-year old Tamir Rice within seconds of jumping out of a police car. John Crawford III was killed while holding a BB gun he had taken off the shelf in an Ohio Walmart in September 2014, a month after Ferguson erupted in anger. Yet when two white men in Idaho actually fired shots inside of a Walmart, they were taken into custody without being killed.

Like Darren Wilson, all of the officers involved in these shootings were cleared of wrongdoing and escaped any punishment. By rationalizing death after death in the same way, our justice system is failing to recognize the pattern of a continual lapse in accountability for officers who kill in the line of duty.

“Without accountability, nothing’s gonna change,” says Jeralynn Brown-Blueford, whose son was killed by an Oakland cop who turned off his lapel camera in 2012. That officer, who like many others who claimed he self-defense for murder, was protected by qualified immunity, a legal doctrine that effectively exonerates a police officer for any actions they take in their official capacity. “All they have to do is claim self-defense and say ‘I feared for my life’ and they know they can walk free,” says Tory Russel, co-founder of Hands Up United, one of Ferguson’s grassroots organizations founded in the summer of 2014.

Accountability is precisely what America’s police force needs to put a safety on its eagerness to pull the trigger. The shakeup in Ferguson’s police force is a decent start, but there’s a lot more to be done before residents will feel they’ve had a fair resolution. At its heart, the movement growing out of Ferguson is one that fervently demands equality. “If you or I or any other regular person shot somebody, and everybody knew it, you’d be thrown in jail and you know it. What we want for the police is nothing more, nothing less,” says Pastor Derrick Robinson, another boisterous voice from the streets.

Police won’t stop killing unarmed black people until they know they can face actual punishment and repercussions for themselves before they end the life of another. Ending qualified immunity and sticking police with some personal responsibility for their actions may actually save lives.