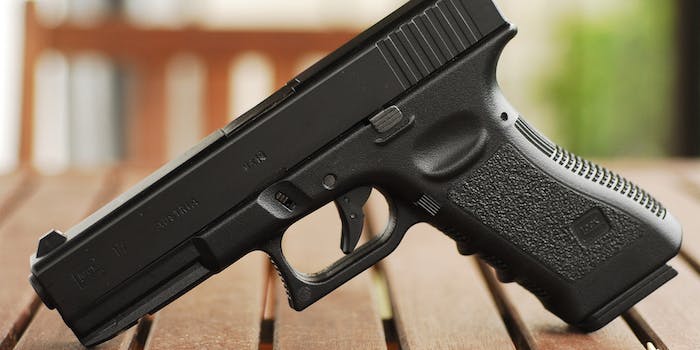 The officer opened fire within seconds.

Newly released video reveals the tragic shooting of a 12-year-old boy by a Cleveland Police officer.

The video, released by law enforcement authorities at a press conference on Wednesday afternoon, shows two officers pull up next to a gazebo at Cudell Recreation Center, where the boy, Tamir Rice, was playing with an airsoft pellet gun that resembled a handgun. Within seconds, an officer exists the vehicle and shoots Rice.

Rice was shot at least once in the stomach, and died in the hospital on Saturday, Nov. 23.

The officers arrived at the park after a man called 9-1-1 with claims of “guy with a gun pointing it at people,” according to Cleveland.com. The concerned citizen reportedly told the dispatcher multiple times that the gun was “probably fake”—a crucial detail that apparently never made it to the officers.

“The guy keeps pulling it out,” the 911 caller said. “It’s probably fake, but you know what, he’s scaring the (expletive) out of (inaudible). … He’s sitting on the swing right now, but he keeps pulling it in and out of his pants and pointing it at people. Probably a juvenile, you know? … I don’t know if it’s real or not, you know?”

While the names of the officers involved in the shooting death of Rice have not been released, Cleveland Police Department has launched an investigation of officers’ use of force.

On Tuesday, an estimated 200 demonstrators blocked traffic on a busy Cleveland highway to protest the death of Rice. The protest coincided with nationwide demonstrations over the St. Louis grand jury decision to not indict Ferguson, Mo., police officer Darren Wilson for the August shooting death of 18-year-old Michael Brown.

In a letter to Cleveland Mayor Frank Jackson and the Cleveland PD, Rice’s parents, Samaria Rice and Leonard Warner, called for authorities to release the full video. The parents also asked that demonstrators remain peaceful.

“We feel the actions of the patrol officer who took our son’s life must be made public,” Rice and Warner wrote. “It is our prayer and request for citizens in the City of Cleveland and throughout Northeast Ohio to remain calm at this time. We ask for the public to demonstrate peacefully.”