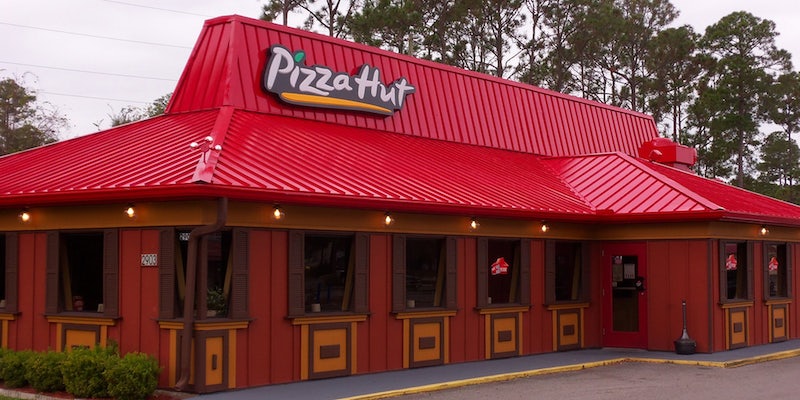 They were even wearing their uniforms.

Yes, we live in an age of instant self documentation through a wide variety of social networks, but guys, that’s no excuse for a lack of common sense.

Such was the case this past New Year’s Eve, when two Pizza Hut employees filmed themselves smoking pot at work to ring in 2016. The video shows the two men ripping a bong and surprisingly not eating all of their inventory afterward (at least, as far as we know).

According to Bro Bible, the video was shot at a Pizza Hut location in Cypress, California. Although we don’t know how the footage made its way onto the Internet, we do know that the two employees have been fired. This should really go without saying, but let this be a New Year’s resolution for some of you: don’t record a video of yourself doing drugs at your place of employment (or anywhere else, for that matter).