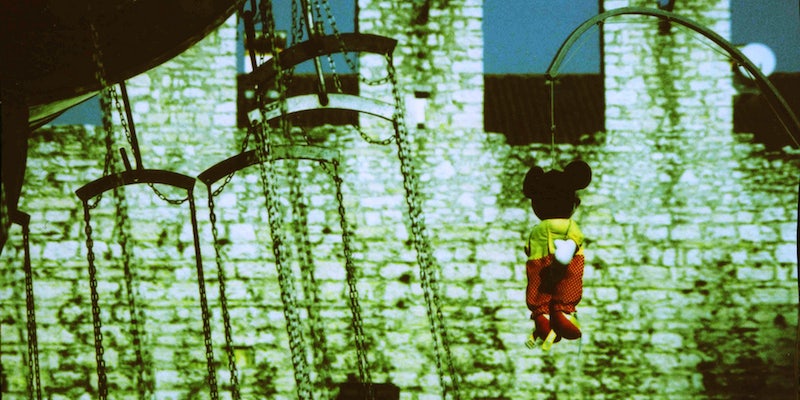 If Hollywood dies, the industry has no one to blame but itself.

“Hellboy II has great reviews,” my friend argued. He knew I was loath to spend $12 for a movie ticket to spend two hours watching trash. I checked the Internet, and he was right. Critics lauded the film. On Rotten Tomatoes, 89 percent of the top critics found the movie favorable. The tacit endorsement of an Internet review aggregator was all I needed. My friends and I headed out to the movie theater, bought our tickets and overpriced snack bar fare, and watched the film.

To borrow from The Simpsons, the film was so formulaic it “could have spewed from the power book of the laziest Hollywood hack.” Hellboy II: The Golden Army had enough lazy tropes and predictable plot twists for the entire 2008 summer season, let alone one movie.

There’s a brooding protagonist longing for acceptance he knows he can never truly have. There’s an antagonist who makes the high school sophomore-level insight that humans are the true monster (never heard that before). There’s a newly pregnant girlfriend acting crazy because hormones. There’s truly love ultimately conquering all. And there’s a host of other attributes that made the movie not worth the price of admission. Once the credits rolled, I parted ways with Hollywood. I haven’t stepped in a movie theater since.

Judging by Hollywood’s recent luck—or lack thereof—I was ahead of the curve.

Hollywood is mired in a terrible summer, its worst in eight years. Box office sales are down 20 percent in the United States, and according to the Hollywood Reporter, no movie surpassed the $300 million mark for the first time since 2011. It’s estimated that summer 2014 will draw 15-20 percent less money for Hollywood than summer 2013, and such a dramatic decline over the course of 365 days hasn’t been seen in over 30 years.

Why didn’t those movies sell? Why didn’t people go out to see them? Are people just smartening up and realizing mainstream entertainment is trash? Or is there something more at work?

The first explanation is the ever-present bogeyman of Internet piracy. The New Republic recently published an article highlighting piracy’s prominence as the sole reason for not only Hollywood’s declining numbers, but for the film industry’s penchant for peddling generic crap. Each month, more than 300 million users download content off BitTorrent alone—and most of these downloads occur in the United States, a place where it’s easy to purchase movies. In January of last year, 25 percent of all Internet users sought to download copyrighted content.

So Hollywood is dead because you’re just too cheap to pay for it? Hardly. If the popularity of Netflix is anything to judge by, users are happy to pay for content they deem to be fairly priced and worthwhile. Even though Game of Thrones is the most pirated show ever, it’s also HBO‘s most legitimately viewed show (as in viewed by people with subscriptions to HBO and HBO Go). People will pay if they feel they’re getting value for money.

In regards to Hollywood’s current summer slate, customers voted with their wallets. They don’t want what Hollywood is offering, in part because its continuously catering to a demographic losing interest in the movies.

That brings us to another explanation: Some believe Hollywood’s predilection for all things testosterone-laden is causing the downturn. As Kelly Faircloth of Jezebel glibly put it, “If you essentially ignore half the population, you’re leaving money on the table.”

The numbers paint a clear picture: “Females made up only 39 percent of Amazing Spider-Man 2′s debut audience, compared with 42 percent for 2012’s The Amazing Spider-Man and 46 percent for Spider-Man 3. The same trend applies to Transformers. This summer’s Age of Extinction skewed 64 percent male during its first weekend, more than the previous two films, and it played the oldest.”

Women are not interested in seeing movies so generically masculine they’re tantamount to a two-hour Dr. Pepper Ten commercial. Summer 2014 was so brutal because Hollywood ignored the most protiftable demographic—not because of The Pirate Bay.

Competition with other forms of entertainment is also a considerable factor in Hollywood’s downturn. YouTube is soaring in popularity, and one Minecraft-related YouTube channel has more subscribers than Katy Perry or Justin Bieber. There’s also the recent prominence of Twitch, the gaming-related video network Google might be purchasing for $1 billion. Furthermore, television is often said to be in a “golden age”—as shows like Game of Thrones, Breaking Bad and Girls garner more artistic clout than many movies. Then, of course, there’s Netflix.

Why go to the movies when you can watch your favorite YouTube star or marathon your favorite show? There’s no reason to, and people are starting to realize that.

Hollywood is turning to Big Data to mitigate the problem, but this will only enhance what’s wrong with movies. As The Atlantic‘s Derek Thompson noted, thanks to Big Data “Hollywood has become sensational at predicting what its audiences want to see. And, ironically, for that very reason, it’s become better at making relentlessly average movies.”

Hollywood does not need piracy’s help in tying a noose around its neck. It was already doing that thanks to the insights offered by Big Data: Make everything generic as possible to appeal to as wide an audience as possible, hence an endless parade of superhero movies—hence average, generic, less ambitious films that are OK because OK is all they need.

While the world’s hottest video mediums offer the bold, Hollywood offers the bland. If Hollywood dies, the industry has no one to blame but itself.