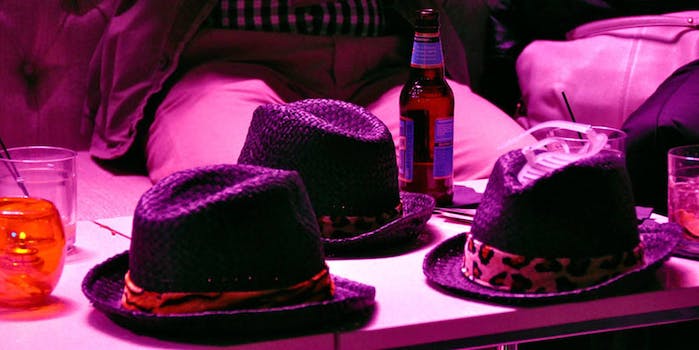 Well, maybe not thriving but it’s certainly still out there. Those who buy into the PUA life are still negging and giving women that DDB look that gives them the creeps.

Neil Strauss, who wrote the book on getting chicks with dehumanizing tactics, disavowed the whole thing last year. The PUA community has since been left scrambling for ways to keep The Game going—with or without Strauss.

What’s a desperate PUA to do when the bar scene isn’t cutting it and he’s left unsupported? Why, crash something a bit more cerebral, of course.

So last night we had this event and what I think was a real PUA came to the event and kept trying to lead women over to a couch.

I had no idea this was going on. He introduced himself to me at the end and told me the event (which I hosted) was boring.

Postlight co-founder and writer Paul Ford hosted an event on content strategy on Wednesday. By all accounts, it was a resounding success!

Stoke about this talk @PostlightAgency with @karenmcgrane about publishing on the mobile web #ux #publishing #mobile pic.twitter.com/c5FRJPFV9X

The one person not reaping the benefits of an engaging dialogue on online and mobile publishing was this guy.

Anyway he went home sooo alone. But since we've been throwing events I've noticed this wild https://t.co/wQSesDvodG based creeper scene.

For the record his hand was limp, and moist.

Ford highlights a problem he says he never thought he’d expect from trying to get the word out about Postlight. Apparently, PUAs have crashed previous events in hopes of networking that dick so you can see deez nuts. Or something.

Anyway it's my personal goal to not have creepers mess up our chitchats so I guess I'll ask people not to skeeze at the next one.

I mean you should be able to learn about mobile content strategy without someone trying to bone.

This is the part of running a company I didn't expect. Not people stuff, or doing sales, but PUA dudes negging at your product launch.

There’s a time and a place to try to pick up chicks as a PUA. Last time I checked, that’s never.

Good luck with your future ventures, unnamed pick-up artist. Perhaps you’ll pick a meeting that ends up striking your fancy and transform into someone with more passions than this.