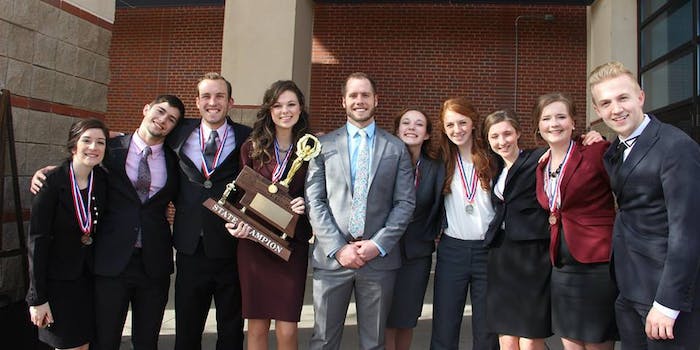 More than 30,000 rally in support of discriminated gay teacher

Students nationwide are rallying behind a beloved Skutt Catholic High School teacher in Omaha, Neb., who if things stay as they are right now wont be allowed to return to teach in the fall.

An online petition launched Tuesday accuses the school of workplace discrimination, barring Matthew Eledge, teacher and speech team coach, from returning due to his sexual orientation. All it took was 24 hours to get #LetMatthewTeach to spread throughout the Web and for the petition to reach over 30,000 signatures.

Eledge has been teaching at Skutt since 2010. During that time he has led the students to “win five consecutive conference and district titles and capped another successful year with its fourth straight championship this past March,” according to the petition.

After becoming engaged to his partner, Eledge informed the high school administration. At that time they told him he would not be invited back and he would even be fired if he told his students about his gay relationship, according to the petition.

Deacon Tim McNeil told KETV 7 Omaha that while the Archdiocese of Omaha and its affiliated schools never comment on private personnel issues, Eledge wasn’t technically fired—his contract simply will not be renewed.