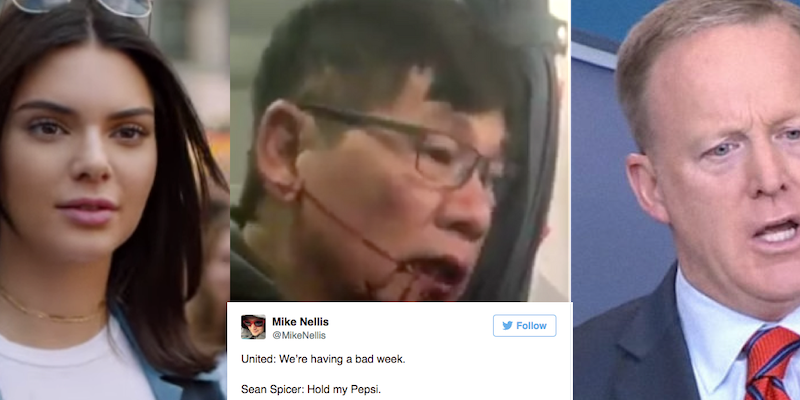 The Pepsi United Spicer meme is Twitter at its absolute best, and its most annoyingly derivative

Pepsi: How will we get the spotlight off us?

Spicer: No no, step aside boys. I've got this.

United: We’re having a bad week.

Pepsi: That was the biggest PR blunder of the week, year maybe.

Pepsi: We own the biggest PR disaster of the year.
United: Hold my–
Sean Spicer: NOT EVEN HITLER GASSED PEOPLE!

Pepsi: Yo check this out!

Spicer: You think darkness is your ally? You merely adopted the dark. I was born in it.

Those were some acceptable fine tweets about some current events.

Now here is the same joke approximately 50,000 times over. (Even I made the same dumb tweet, and it sucked.)

Pepsi: We just made the most offensive PR gaffe.
United: Hold my Pepsi.
Spicer: Hitler didn't use Pepsi.

Pepsi: "We had the worst PR disaster in history."
United: "Hold my beer!"
Sean Spicer: "Guys, I've got this!"

Pepsi: We had a bad week.

United: This isn't going well for us. What a damned train wreck. This can't get worse.

Here, would you like to be bored to actual psychical death by the derivative nature of humanity? Click away.

Me? I’m about to go drink myself to death.