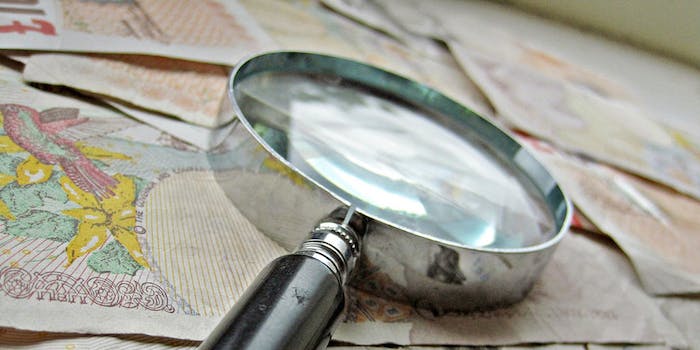 Man buys penis enlarger, gets a magnifying glass instead? Nope, it’s a hoax

Don’t believe everything you read.

It’s a joke that’s been floating around on social media and blogs for years, even making an appearance on Ebaum’s World. Man buys a penis enlarger online, gets sent a magnifying glass. Ba-dum-chh, all the drumrolls. A thousand dads laughing.

Except this time, Malaysian authorities are reporting it really happened. A man identified by the MCA Public Service and Complaint Bureau chairman Datuk Seri Michael Chon as ‘Ong’ filed a complaint after getting pranked by online scam artists. According to Chon, Ong spent around $140 on what was advertised as a penis enlarger, only to discover (of course) a magnifying glass.

Chong told reporters ‘Ong’ received only one instruction inside the package. “The instructions that came with the package merely read ‘Do not use in sunlight,’” Chong told The Star. This is exactly the punchline of the joke on the Internet. Which makes sense. Because this really is nothing more than a misinterpreted joke from the Internet.

The Daily Dot contacted the reporter on the story in Kuala Lumpur to confirm that there isn’t a little-known Malaysian equivalent of April Fool’s Day going on. There’s not, but the story is still BS. We dug a little further and found the original post making a complaint by a man named Ong claiming to have purchased a penis enlarger for $140, only to receive a magnifying glass.

It’s not clear if someone reported it to authorities as a prank, or Chong saw the Facebook post and took it seriously. Either way, several news outlets are reporting it as authentic and have also been duped.

A good rule of thumb: If it’s the punchline of a parody Will Ferrell Twitter account, it’s probably not real.

I just spent $50 on EBay for a penis enlarger. Those bastards sent a magnifying glass.