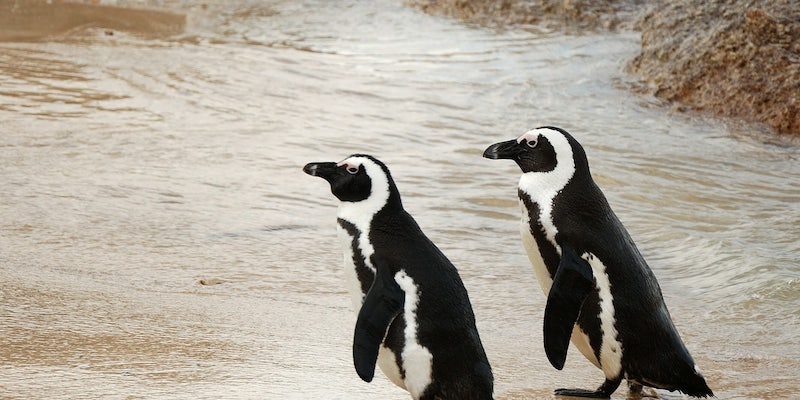 Penguin couple strolling on the beach is so pure

A video of two penguins strolling flipper-in-flipper on a beach in South Africa is giving people on Twitter all the feels.

The video was posted by Twitter user @freakingdani, who said in a tweet that the cute clip was sent to her by her aunt who just got back from South Africa. She also added a crying emoji because, well, it’s just so damn sweet.

The video shows the cute couple walking in the sand for a bit, and then pausing to gaze into each other’s eyes. For a split second, the way their heads come together almost forms a little heart.

It’s just all too much.

That literally filled my heart with joy thank you

Except of course for the people who are totally jelly.

The woman who posted the video seemed a little taken aback by the video going viral.

But she said she was still happy everyone was enjoying the video.

i’m glad everyone likes these penguins tho lmao

African Penguins are monogamous and return to the same site year after year, so with some luck, we’ll eventually get to see a video of these two walking along with their grandchicks.