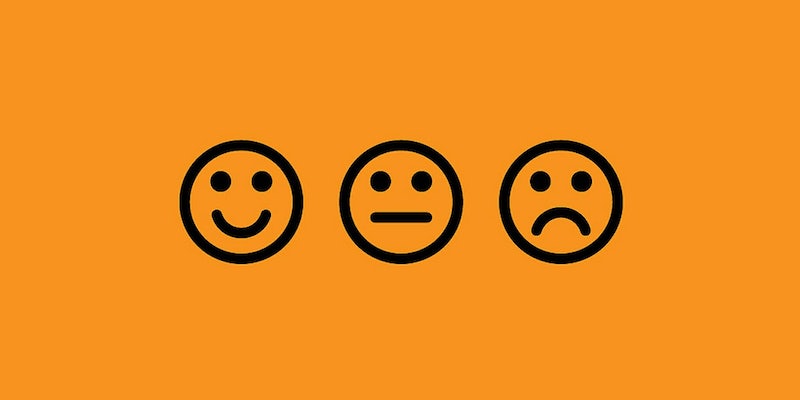 Why Peeple won’t save us from jerks

A controversial new app doesn't understand how the Internet works.

Peeple, a new app for rating people like as if they were restaurants on Yelp, has provoked so much criticism and anger online that its creators, Julia Cordray and Nicole McCullough, have shut down their Twitter and Facebook pages. The app, which is flawed in more ways than it isn’t, is still supposed to be released in November—even despite the death threats that the creators have reportedly received.

I wish I could say that I’m stating the obvious, but sending McCullough and Cordray death threats is not OK. It’s never OK. And although some are gloating over the fact that getting harassed might teach them what the Internet is really like, I still wish that were a lesson they could’ve avoided.

It's almost like #Peeple is discovering how awful it can be when anonymous strangers judge you over the Internet. WHAT A TWIST.

One potential upside is that the app may be getting some changes. Although the creators are making bold statements like “We will not be shamed into submission,” it seems they may have listened to their critics at least a little and made the app opt-in. However, this was not framed as a change. The creators never said that they were responding to criticism and updating the app. In a LinkedIn post, they simply stated that it’s an opt-in app, even though a week ago they explicitly said that it wasn’t. Are they hoping we don’t notice?

It’s interesting, too, that they persist in referring to Peeple as a “positivity app” when their own marketing sends a somewhat different message:

Even if Peeple undergoes some much-needed changes, I still haven’t seen anything from the creators about how specifically they intend to address abuse, harassment, and bullying on their app—because it will happen, opt-in or not. What creators of Peeple should learn is that you can’t engineer an asshole-free world. And if you try, the assholes will make sure that it hurts innocent folks much more.

Developers who believe that their apps will be free from abuse are laughably naive. Even apps that in theory have codes of conduct, moderators, and procedures for reporting abusive users struggle mightily with this problem. On Facebook, public pages intended to harass and bully others proliferate. On Twitter, harassers and stalkers use multiple sock puppet accounts to gang up on people they don’t like (especially women and people of color) and drive them off of the platform and sometimes out of public life.

I still haven’t seen anything from the creators about how specifically they intend to address abuse, harassment, and bullying on their app—because it will happen, opt-in or not.

Storify has been used to stalk users (including those who don’t use Storify themselves) by pinging them with notifications that someone they know to be unsafe and threatening is collecting and saving their tweets. On Ask.fm, a site for people to anonymously ask each other questions, teens flood their targets’ inboxes with bullying messages, in some cases leading to suicide. On Reddit, even subreddits dedicated to creating a supportive space get inundated with abusive trolls. YouTube comments… well, the less said about that, the better.

It might be, thus, tempting to throw one’s hands up and proclaim that there’s nothing wrong with Peeple because the Internet’s already full of abuse and stalking and harassment—so who cares, right?

But the difference between Peeple and all those other apps is that they all have a purpose besides judging and evaluating people. Those apps have facilitated social change and activism, helped people learn new things and stay informed, provided art and entertainment, and created friendships and relationships.

Peeple does, in theory, have a constructive purpose—complimenting people and making sure that you’re surrounding yourself with good ones—but there are already better ways to do that that don’t involve nearly so much potential harm (especially to children or marginalized people like abuse survivors). When creating new technology, it’s important to ask yourself if the benefits actually outweigh the costs. While Peeple probably has some pros, the cons are just too overwhelming.

Of course, some neo-Luddite types blame the Internet for this, but the reality is that people who are determined to make others’ lives a living hell will use any tool available to accomplish it—the Internet, paper and pencil, stone tablets, whatever. They’ll use Peeple, too.

And the best tool at a bully’s disposal? Bystanders who don’t think bullying is a serious problem.

Mean Girls on dvd is like five dollars & would've already taught you that this is a bad idea.

To be fair, I’m not sure that the creators of Peeple would dismiss bullying as an issue. It’s hard to tell, because their responses to the very legitimate concerns that critics have been expressing about Peeple and how it can be used for ill are mainly being condescending at the critics who so clearly just don’t understand the app’s true brilliance and continuing to repeat over and over that Peeple is a “positivity app,” as if saying so makes it true.

In the “Ode to Courage” that the founders posted on the site, they wrote:

You deserve better and to have more abundance, joy, and real authentic connections. You deserve to make better decisions with more information to protect your children and your biggest assets. You have worked so hard to get the reputation you have among the people that know you.

It’s nice to think that an app might prevent us from ever hiring crappy babysitters or going on boring dates that end with bad sex or befriending selfish and closed-minded people, but the Internet can’t save us from jerks. (Quite the opposite, from the looks of it.)

Here's the thing: I get wanting a platform to call out creepy/awful people. I WISH I could warn women against some men I know.

But guess what: public shaming is fucking DANGEROUS. You cannot create an APP for this. You cannot "hack" shitty people.

What you can do to minimize the negative effects of assholes is to pay it forward. If there’s anything I agree completely with the Peeple founders about, it’s the value of compliments and the importance of hearing nice things about yourself once in awhile. In fact, research shows that asking friends for compliments can make you even better at things.

So, rather than signing up for Peeple and probably violating others’ boundaries with it, give a friend a compliment. Ask a friend for a compliment. Spread positivity in ways that resonate with you. Sometimes, we don’t really need an app for that.