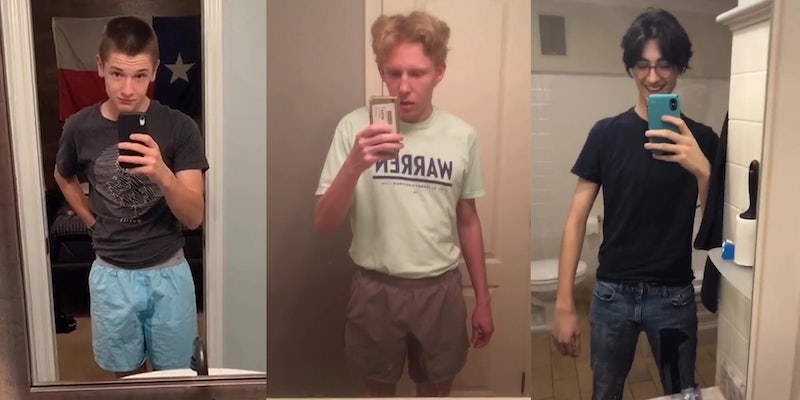 The TikTok pee your pants challenge: Why?

This low-effort 'challenge' shows us the big babies of TikTok.

Of all the TikTok challenges that have come out of lockdown, peeing your pants as you stare dead-eyed into a mirror might be the most low-impact interpretation yet.

Yes, the pee your pants challenge apparently exists, and it’s pretty much what it sounds like. Know Your Meme points to an April 21 video from @liamw2 (that was apparently re-uploaded after TikTok removed it) that shows him casually urinating while clad in an Elizabeth Warren shirt.

But, this being TikTok, it wasn’t long before people subverted the challenge of pissing your pants for views.

As mindless as this challenge is, there are certainly people doing worse things for clout on TikTok.