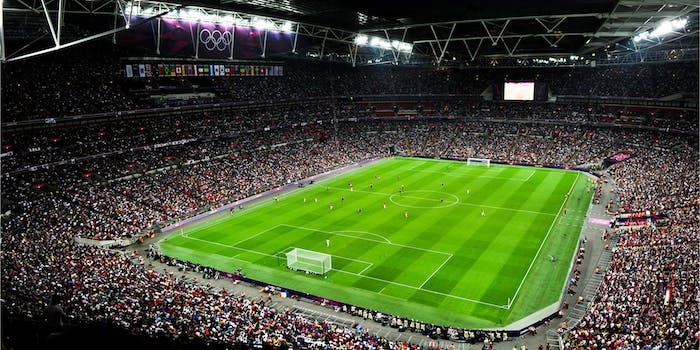 The U.S. Women’s Soccer team beat rival Japan 2-1 to redeem themselves from a bitter loss in last year’s World Cup, but the victory didn’t go without the sort of controversy and racism that has now become associated with sporting events.

Olympians have gotten in trouble (and expelled) for things that they’ve tweeted throughout the Olympics, but this time it wasn’t from outspoken goalkeeper Hope Solo or any of the other players from the U.S. or Japan. This time it was the fans.

A small group of U.S. fans somehow managed to connect the soccer win to a much darker event in history that occurred over 60 years ago.

“That’s for Pearl Harbor!” many tweeted.

Some people even took it further and mentioned the atomic bombs.

And to make matters worse, Aug. 9 was the 67th anniversary of the Nagasaki bombing. But Americans on Twitter have had a history of claiming revenge for Pearl Harbor, whether it was when the Japanese Women’s Soccer team won the World Cup last year, or worse, after the tsunami that killed thousands of civilians last year.

Thousands of people tweeted about Pearl Harbor, which reached its peak with 1,929 mentions right after the game ended, according to Topsy.com, a social media analytics site.

However, not all of the tweets were racist, and some took to Twitter to call out the Americans tweeting about Pearl Harbor.

“Do U.S. schools teach kids about Pearl  Harbor & stop there? Do they not know what we did after? A soccer game is ‘revenge’? Really? Fuck,” Matt Binder ranted.

“Anyone still looking for ‘revenge’ from Pearl Harbor should read about Hiroshima and Nagasaki in a history book instead of watching soccer,” Graham McAlister tweeted.

And one user even pointed out that some of the Japanese will still pay their respects to Pearl Harbor to this day.

“I’m in Hawaii. I love minutes away from Pearl Harbor. Japanese visitors go there every day to pay their respects. Shut up Twitter,” Gene Park wrote.